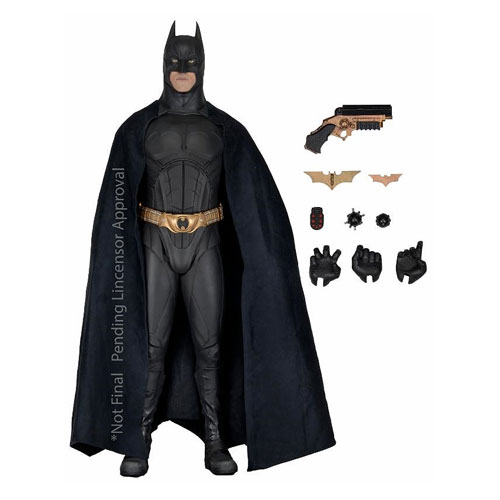 Celebrate Batman’s origins with this awesome Batman Begins 1:4 Scale Action Figure. This figure is based on Christian Bale’s version of the Caped Crusader and stands over 18-inches tall.

It features a soft fabric cape and movie-accurate details. There’s even a hidden compartment in his boot heel that stores a sonar signaling device! You won’t see that on other Batman figures. This figure comes loaded with accessories, including grapnel gun, large hinged Batarang, small Batarang, open and closed mines, sonar communicator, and two pairs of hands.

Only $94.99 from Entertainment Earth.