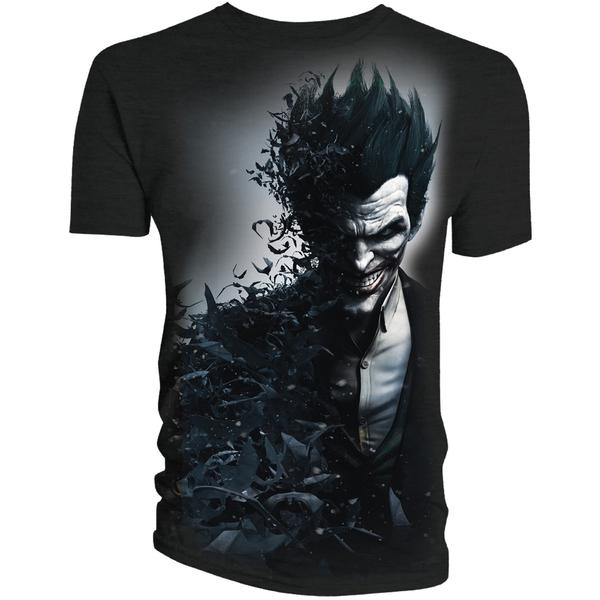 The Clown Prince of Crime rarely looks like the cute and cuddly type of guy but the Batman Arkham Origins Joker Smiles T-Shirt captures the pasty-faced villain in a portrait that could only be described as terrifying… and cool.

The 100% cotton t-shirt features a monochromatic image of the Joker, with half his face and body obstructed by a swarm of bats. The somewhat comical clown elements have been removed in the black-and-white image, making Batman’s arch-nemesis seem that much more real. Who knew the absence of red lips and green hair could be so powerful?

Honestly, about the only thing that could make this image creepier would be if it was the New 52 Joker wearing his own face as a mask, and even that might lose out to this grim detailed depiction of the Bat’s number-one rogue.

The Batman Arkham Origins Joker Smiles T-Shirt will be available November 29 but it can be pre-ordered now for £14.99/$23.94 at ForbiddenPlanet.com.