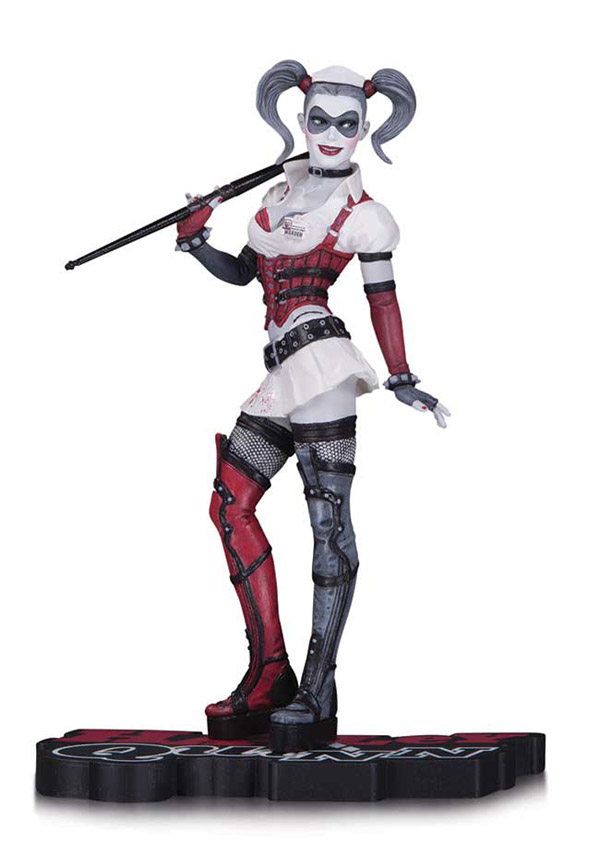 Hello nurse! The Batman Arkham Asylum Harley Quinn Red Black and White Statue will have you thinking your medical care isn’t in the greatest of hands.

Sure, the woman who now calls herself Harley Quinn is a doctor but do you really want to rely on her bedside manner being friendly? Standing approximately 7-inches tall, the statue features Harley in her version of a nurse’s outfit, similar to the one she wears in the game, Batman: Arkham Asylum.

The Batman Arkham Asylum Harley Quinn Red Black and White Statue will be available January 2017 but it can be pre-ordered now for $79.99 at Entertainment Earth.

This Arkham Asylum Harley Quinn Bust Bank makes saving up your money for more cool Batman toys fun. And while you are saving up, you will have a cool bust to display in your collection. This bust is based on the best-selling video game, Batman: […]