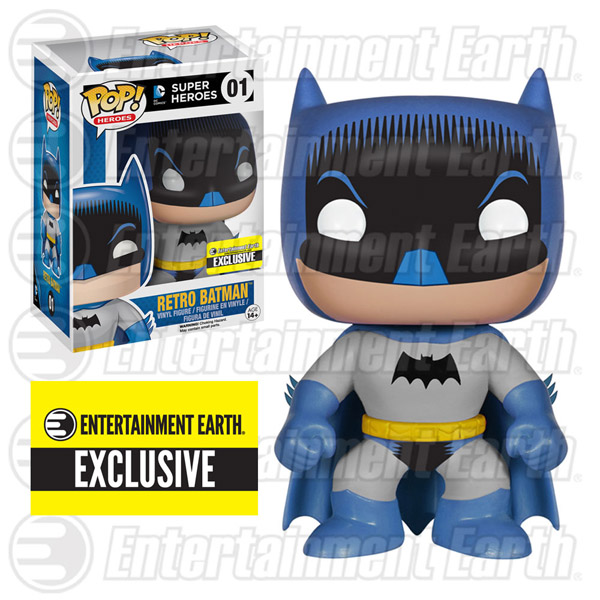 Celebrate the Golden Age of comic books with the Batman 1950s Comic Pop! Heroes Vinyl Figure, based on the Caped Crusader as drawn by artist Dick Sprang.

Though contract requirements kept him mostly invisible as his work appeared under Bob Kane’s name, Sprang eventually became known as an iconic Batman artist, creating a unique look for the Caped Crusader that’s now captured on this 3 3/4-inch tall Pop! Vinyl figure, even down to fine details like the blue and black of the cowl bleeding into each other with sharp knife-like edges instead of being divided by a solid line. The little blue eyebrows drawn down in an angry expression let the bad guys know this vigilante takes his job seriously.

The Batman 1950s Comic Pop! Heroes Vinyl Figure will be available October 2015 but it can be pre-ordered now for $12.99 at Entertainment Earth.