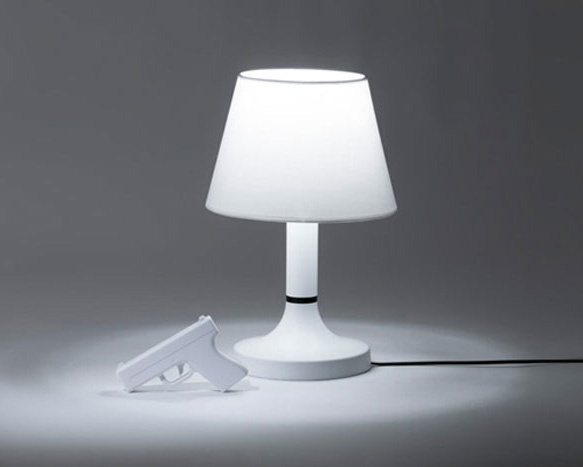 No real bullets involved here; just some clever designing and neat implementation. The Bang! Desk Lamp with Remote Control comes with a remote in the shape of a handgun. Just “shoot” the lamp to turn it off (and cause the lampshade to tilt to the side for added effect.) “Shoot” it again to turn it on and watch as the lampshade slowly rises back into place. Pricey but still incredibly neat! 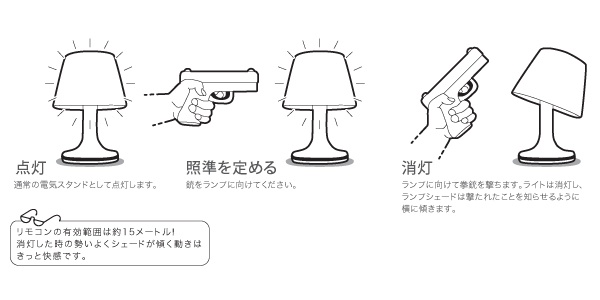 The Bang! Lamp with Remote Control is available from Gnr8 for $379.