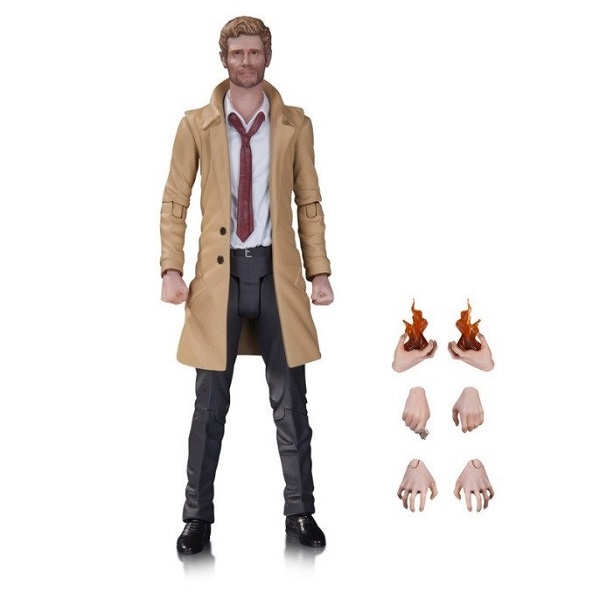 The man with the magic, and an angle to work, is ready to conjure a spell for you as the Arrow TV Series Constantine Action Figure.

Based on Matt Ryan’s character on NBCs short-lived Constantine and The CW’s Arrow, this John Constantine action figure stands 6 3/4-inches tall and comes with a variety of interchangeable hands… including a pair that lets you recreate this awesome scene. 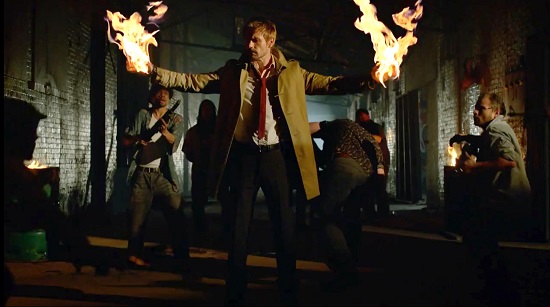 How cool is that?

The Arrow TV Series Constantine Action Figure will be available June 2017 but it can be pre-ordered now for $23.99 at Entertainment Earth.

Possess a little bit of a Lord of Order with the Constantine Doctor Fate Helmet Prop Replica, and have a clever Constantine Easter egg at the same time. In addition to meeting a master petty dabbler of the Dark Arts in the first episode of […]

The Hellblazer is looking to heat things up with the DC Comics Constantine Statue. Looks like there will be a hot time in the underworld tonight. He smokes. He drinks. He swears. He has no problem sacrificing you for the greater good. Constantine might not […]

Hang out with a petty dabbler of the Dark Arts when you wear the Constantine Pose T-Shirt. He drinks. He smokes. He swears (in a cool UK kinda way). He doesn’t know how to wear a tie properly. But John Constantine is still a handy […]

You have failed your desk but the Arrow TV Series Pen and Paper Clip Holder will let you bring a little law and order to your office clutter. Become the defender of Starling City organization with the desk accessory every arrow-slinger needs. Have a cool […]