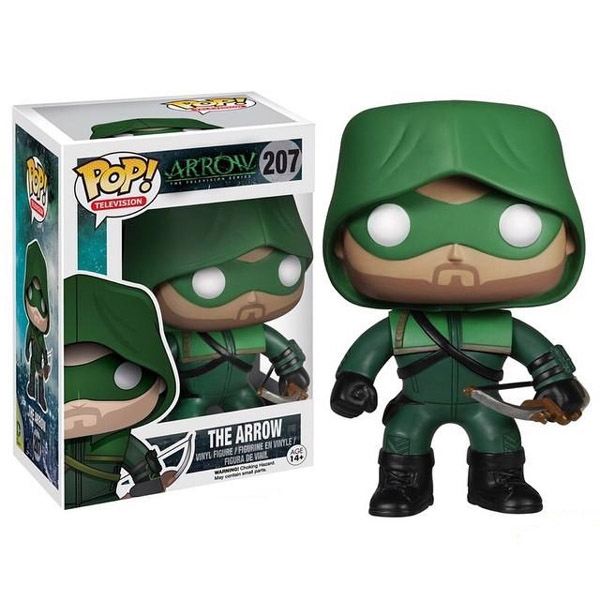 Pew! Pew! That’s the Arrow Pop! Vinyl Figure taking aim at you with his tiny bow and arrow.

The vigilante hero of Starling City is captured with Funko’s iconic Pop! design, with the masked arrow-slinger ready to take on any and all bad guys. He’s sort of like Batman, except it took Arrow a little longer to establish his ‘no killing’ rule.

If you prefer the man behind the mask, there’s also an Arrow Oliver Queen Pop! Vinyl Figure. 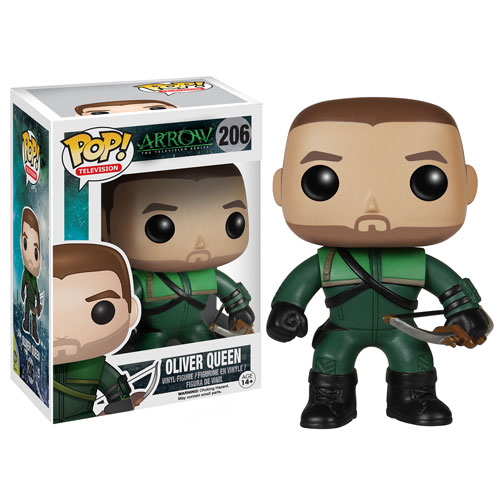 Some girls dream of sitting around and waiting for their Prince Charming to come rescue them. The Princesses Can Pew! Pew! T-Shirt is not for them. Instead, this 100% combed ringspun cotton tee is for the girls who imagine picking up a blaster and kicking […]

Oliver Queen has a lot to say with the Arrow DC Comics Q-Pop Vinyl Figure. The Emerald Archer joins The Flash and Wonder Woman as a cute little vinyl figure that has a lot to say… or at least it can. With the included white […]