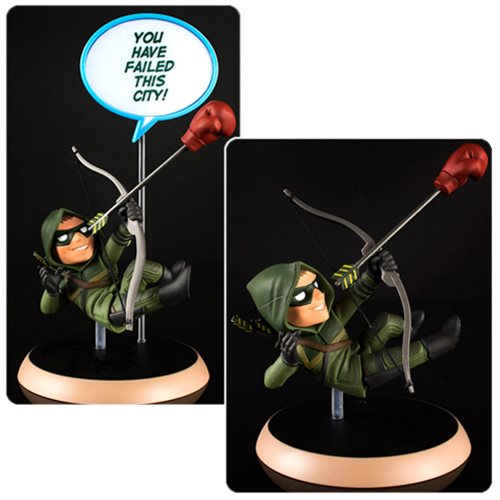 Oliver Queen has a lot to say with the Arrow DC Comics Q-Pop Vinyl Figure.

The Emerald Archer joins The Flash and Wonder Woman as a cute little vinyl figure that has a lot to say… or at least it can. With the included white board speech bubble and marker, the vigilante of Starling City can be as chatty or as quiet as you want him to be.

The Arrow DC Comics Q-Pop Vinyl Figure will be available July 2016 but it can be pre-ordered now for $14.99 at Entertainment Earth.