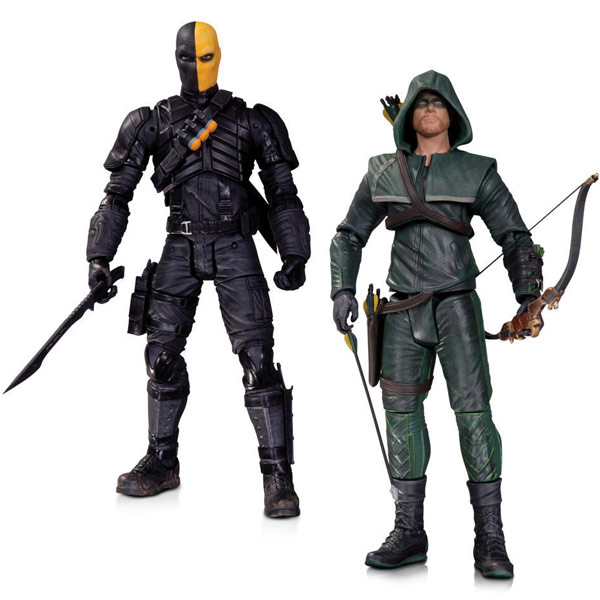 Seriously, who didn’t think the CW would screw-up the Emerald Archer with Arrow? Well, the Arrow: Oliver Queen vs. Deathstroke Action Figure Two Pack Set should prove that network TV finally got something right.

These two 6.75-inch action figures are modeled after Oliver Queen’s Arrow and Deathstroke the Terminator from the hit show that’s right on target when it comes to capturing a realistic version of Green Arrow. Right on target – get it? See what I did there?

Personally, I wish Ollie was wearing his mask because I’ve never been a fan of the face-paint look but I guess that change to the show was made after these were already created. Oh well. Maybe next time. They’re still great-looking versions of the two TV characters, complete with weapons, making it possible to recreate the onscreen action as these two go toe-to-toe.

The Arrow: Oliver Queen vs. Deathstroke Action Figure Two Pack Set is available for $49.95 at WBShop.com.

Things are getting hot in Gotham City as Harley Quinn leaves Mr. J to spend some time with Mr. D on the Deathstroke and Harley Quinn T-Shirt. In Deathstroke #5, Slade Wilson AKA Deathstroke trades punches with Batman in what some consider to be the […]