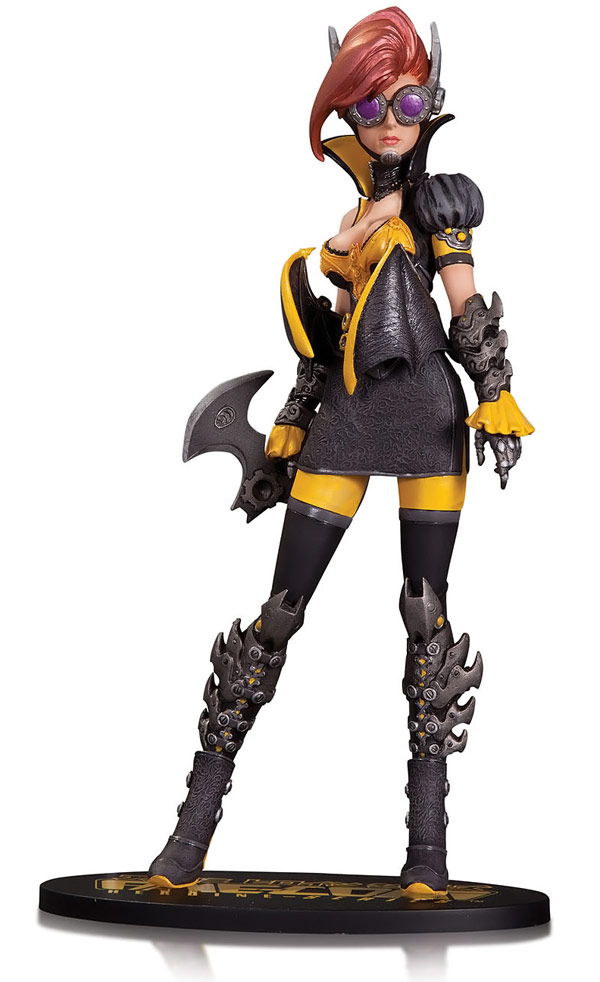 A familiar DC Comics character gets a new look as a twist gets twisted even further with the Ame Comi Steampunk Batgirl Pvc Figure.

Most comic book fans are familiar with Barbara Gordon’s crime-fighting activities as Batgirl but the Commissioner’s daughter got a new look when she was created in the Ame Comi style, which is flavored with both Anime and Manga.

Now Ame Comi meets Steampunk as Batgirl gets a unique look that blends her original style with Anime, Manga, and Steampunk, creating a character that looks both familiar and new at the same time.

The Ame Comi Steampunk Batgirl Pvc Figure will be available December 18, 2013 but can be pre-ordered now for $59.95 at WBShop.com.

Catwoman gets down with her groovy self with the Catwoman Ame Comi Premium Motion Statue, and her sexy moves might just allow her to steal your heart. Inspired by the popular Ame Comi style, this 10-inch tall Catwoman stands on an 8-inch tall base, gyrating […]

This Batgirl Ame-Comi Premium Motion Statue is a different take on Batgirl. She stands 10-inches tall and is ready to fight crime. The backdrop is a thick rolled metal with detailed artwork. Each statue is individually numbered and includes a certificate of authenticity! This Batgirl […]

The Harley Quinn Ame-Comi Premium Motion Statue stands 10-inches tall and is ready for mayhem and mischief. This version of Harley Quinn is going to compliment your existing collection very nicely. The backdrop is a thick rolled metal, decorated with detailed artwork. It looks classy, […]

There’s just something about steampunk that just totally grabs my eye. Maybe it’s the cool, offbeat designs, or the out-of-this-world way they portray seemingly ordinary objects. I mean, just take a look at this Steampunk Robot and the Gears of Time Wall Clock. And there’s […]