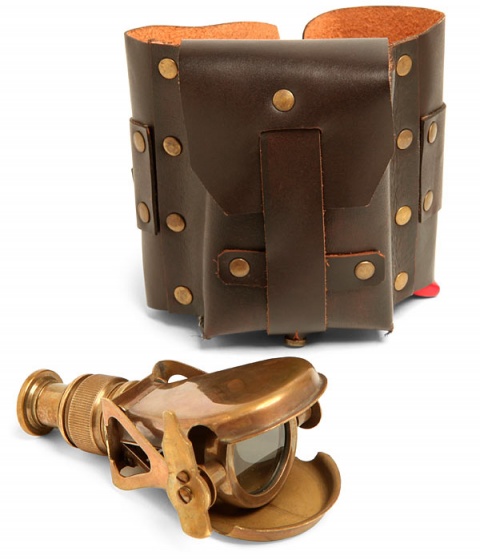 There’s just something about steampunk that just totally grabs my eye. Maybe it’s the cool, offbeat designs, or the out-of-this-world way they portray seemingly ordinary objects. I mean, just take a look at this Steampunk Robot and the Gears of Time Wall Clock. And there’s also the stuff that’s been modded to give it an old-world and vintage sort of feel, like the Steampunk Wrist Monocular.

If you take one long look at the Steampunk Wrist Monocular, it will seem like it came from a whole different era. I’m not sure you’ll find many uses for this, but it’s definitely a must-have for collectors and for people who appreciate a fine piece of steampunk metal work. It also comes with a leather wrist pouch to hold it in and carry it around. 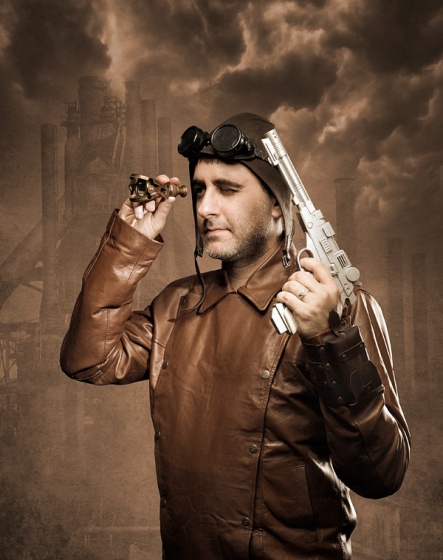 The Steampunk Wrist Monocular is available from ThinkGeek for $44.99.

Are you looking for a cool steampunk accessory for your wrist? The Navitron Steampunk Wrist Compass and Sundial is everything that you have been searching for. This beautiful steampunk time piece uses the sun to tell time. It includes a sundial, latitude finder, and a […]

One of my favorite places in the house is my refrigerator; and not just because that’s where all the food is. The fridge allows us to show off our creative side by place things like the Social Media Magnets, iPhone App Magnets, and the Giant […]

Tell me, what’s a character that you can think of that’s creepier than the Cthulhu? It’s not my favorite fictional character, but a lot of people somehow find H.P. Lovecraft’s creation quite interesting. Case in point? There have been a variety of common items that […]

I remember that the first telephone I ever used was the one where you had to turn this round dial in order to call someone. Phones, both landline and mobile, have changed drastically in the past few decades, and they’ve become more compact and feature-filled […]