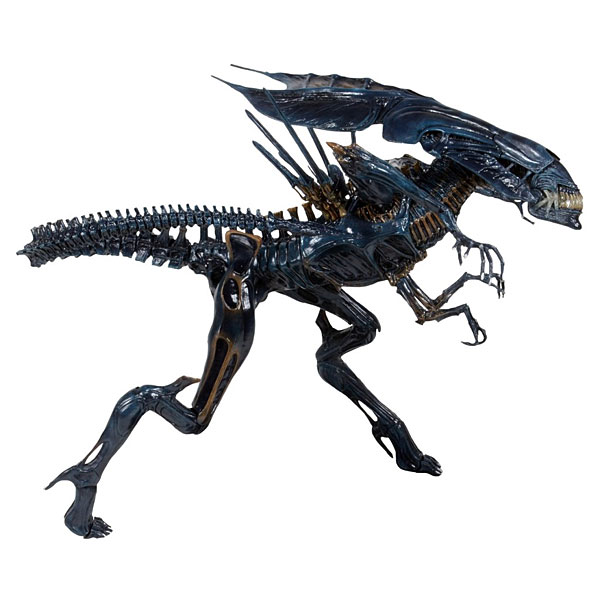 Get away from her you- This is the Alien Queen you have been waiting for. This Aliens Xenomorph Queen Ultra Deluxe Boxed Action Figure is huge.

This action figure based on the Queen from Aliens stands over 15″ tall and is 40″ long. She is large and in charge. She also includes two different inner mouths!

This Aliens Genocide Red Queen Ultra-Deluxe Action Figure is scary as anything. If you add it to your collection, keep it locked up in a cage so your other figures are safe. The Red Queen includes 30 points of articulation and measures 30-inches long x […]

If you loved Gremlins 2, you’ll love this Gremlins 2: The New Batch Bat Gremlin Deluxe Boxed Action Figure. NECA’s latest deluxe action figure from Gremlins 2 is the Bat Gremlin, with a massive wingspan of nearly 18-inches! This detailed re-creation of the puppet from […]

In space, no one can hear you scream…As you jump for joy and pop the top off of your drink with this awesome Aliens Alien Xenomorph Head Metal Bottle Opener. Let an alien do all of the hard work. This metal bottle opener is inspired […]

This Aliens: Colonial Marines Xenomorph Lurker 1:18 Scale Action Figure will look great in your collection. Lurkers are known for using their agility to outsmart prey. That’s why he is thin and spindly, because he is all about speed. This Lurker stands about 4-inches tall […]

Are you feeling lucky? Are you prepared to come face-to-face with the Doctor? How about a Dalek or Cyberman? The Doctor Who Titans Blind Boxed Vinyl Figures will keep you guessing until the last minute, but any Doctor Who fan will be happily surprised, regardless […]

An old but still tough Batman comes out of retirement to punch a bad guy in The Dark Knight Returns Deluxe Boxed Set. Based on Frank Miller’s classic tale of Batman once again putting on the cape and cowl, this limited-edition piece includes Batman and […]