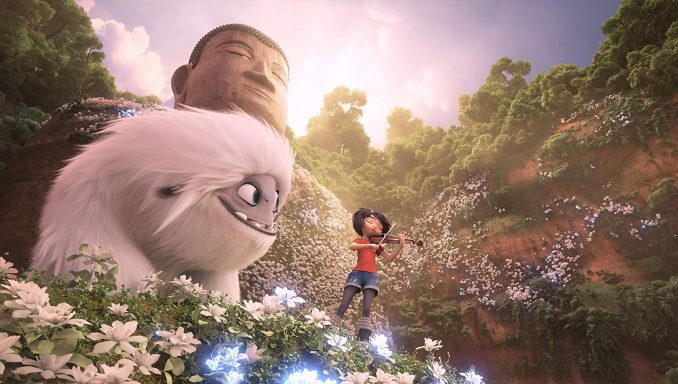 DreamWorks Animation, the studio behind How to Train Your Dragon, has a new feature coming out this Fall, which you can preview in the Abominable Official Trailer.

Abominable is directed by Jill Culton and Todd Wilderman with an original story and screenplay by Jill Culton. While not exactly a household name, Jill has experience as a writer and artist with many huge animation features like  Monsters, Inc., Open Season, A Bug’s Life, and Toy Story. The film stars Chloe Bennet (Daisy ‘Skye’ Johnson from Agents of S.H.I.E.L.D.) as the voice of Yi, and the cast also includes Sarah Paulson, Albert Tsai, Tenzing Norgay Trainor, and Michelle Wong. Abominable is scheduled for release in theaters on September 27, 2019.

DreamWorks Animation and Pearl Studio’s co-production Abominable takes audiences on an epic 2,000-mile adventure from the streets of Shanghai to the breathtaking Himalayan snowscapes.

When teenage Yi (Chloe Bennet, Marvel’s Agents of S.H.I.E.L.D.) encounters a young Yeti on the roof of her apartment building in Shanghai, she and her mischievous friends, Jin (Tenzing Norgay Trainor) and Peng (Albert Tsai), name him “Everest” and embark on an epic quest to reunite the magical creature with his family at the highest point on Earth.

But the trio of friends will have to stay one-step ahead of Burnish (Eddie Izzard), a wealthy man intent on capturing a Yeti, and zoologist Dr. Zara (Sarah Paulson) to help Everest get home.

Here is the Abominable movie poster: 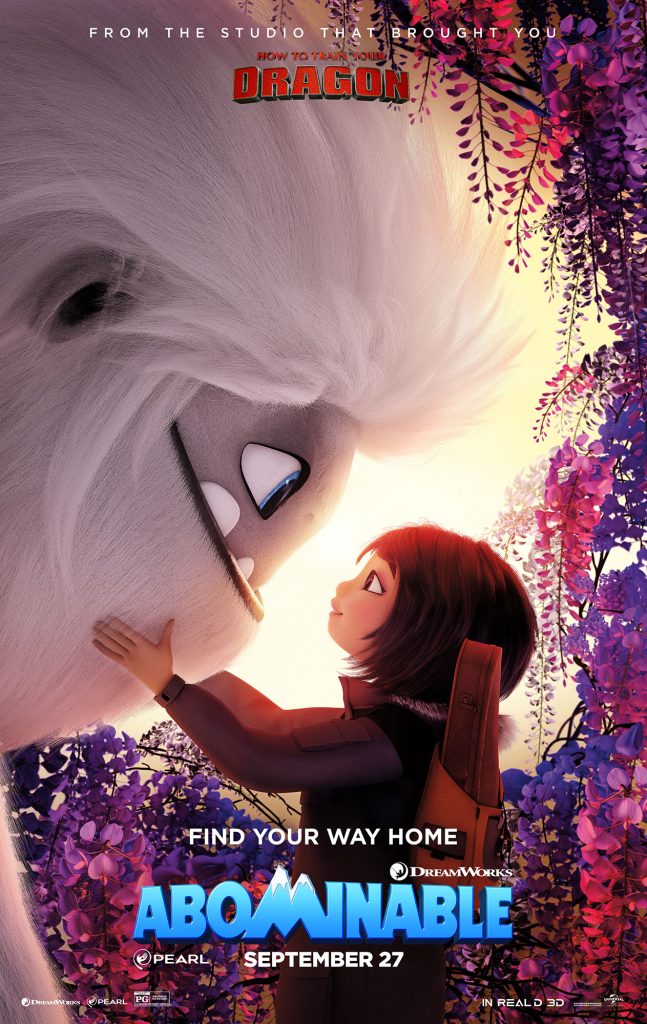 Much like the Yeti or Bigfoot, the Abominable Iceman is elusive, but he is seen only in drinks and by the time you go to take a picture, he is melted and the proof is gone. This Abominable Iceman Ice Cube Tray is a fun […]

What would the world be like without panda bears? I never want to find out. Now you can save panda bears from falling off the tire and becoming extinct in this chopstick-skills Panda Darake Balance Game. Though the instructions might come in Japanese, it doesn’t […]

Are you a pet lover living in a place where furry animals are not welcomed? That’s too bad, but you can still fill that empty void with a pillow that looks like a real dog. Introducing Albert, the French Bulldog Pillow. With the Albert pillow, your couch will look like one of […]

Get your panda on with the Fuwa Fuwa Panda Cape. This lush cape looks comfortable and provides you with just the right amount of warmth while the temperature slowly drops. The black buttons contrast with the plushy white material of the cape, while the black […]

What’s black and white and sexy all over? It’s the Panda Pocket Dress. Everybody equates pandas with cuteness, but the cute adjective doesn’t quite describe this unique article of clothing. It’s definitely not for teenage girls but it’s not for cougars either. This dress is […]

If you are looking for a panda inspired DAP with a fluffier and cozier appearance than the one covered in the Portable Animal MP3 Speaker post, this might be just the ticket.

It looks like the Baby Panda USB Flash Drive and the Human Skull USB Drive has a common cousin. Say hello to the 2GB panda skull USB drive from Solid Alliance. The latest “Kawaii” and fun USB Memory from Solid Alliance comes with a shape […]

In just one week, a new season will kick off on ABC, but you can preview it now in the Marvel’s Agents of S.H.I.E.L.D. Season 6 Trailer. Check it out to see Clark Gregg as Sarge, a character that looks just like Phil Coulson, Ming-Na […]