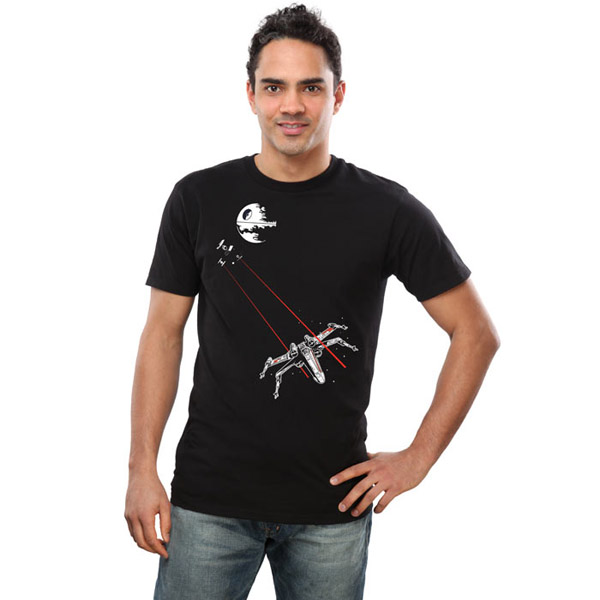 One lone rebel takes on the Imperial forces on the X-Wing vs Tie Fighter T-Shirt, and it looks like he might be in a bit of trouble.

Han and Leia took out the shield generator, Lando helped blow up the Death Star, and Luke (with his father’s help) defeated the Emperor, but not everyone had a happy ending in Return of the Jedi as we see a brave X-Wing pilot doing his best to avoid getting blown out of space as TIE fighters open fire. Maybe he’ll manage to get the upper hand… or maybe not. 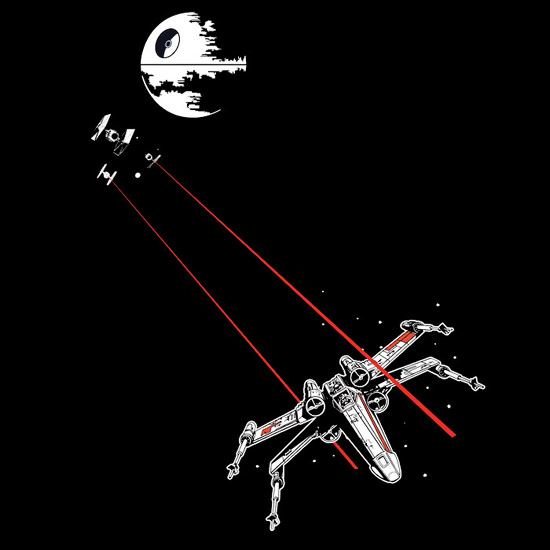 The X-Wing vs Tie Fighter T-Shirt is available for $19.99 exclusively at ThinkGeek.com.

It doesn’t matter if you prefer the Rebels or the Imperials, the Star Wars X-Wing and TIE Fighter Prints are a must-have for Star Wars fans because the awesomeness of these iconic spacecraft has been duplicated but never replicated. The adventures of Luke Skywalker introduced […]

You are going to look awesome in this Star Wars TIE Fighter Silk Tie. It is an elegant accessory for a more civilized age. It shows your Imperial leanings while keeping things classy. It is black with grey TIE fighters all over. It’s perfect for […]

Hiding in plain sight is what you’ll be able to do when wearing the Star Wars Argyle TIE Fighter T-Shirt, concealing your geekery with all the stealth of a Jedi knight. From a distance, or with just a quick glance, it will simply appear that […]