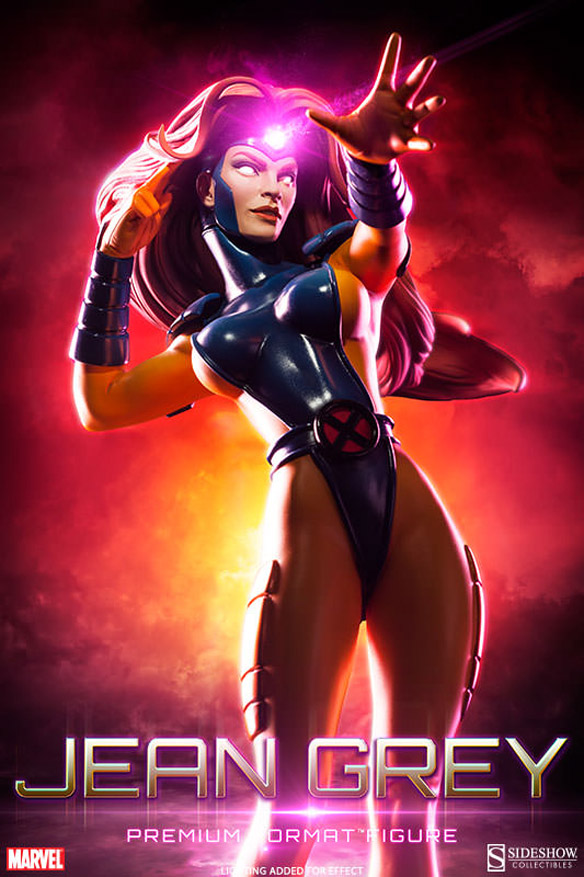 With the power to deliver a telekinetic blast, the X-Men Jean Grey Premium Format Figure reveals why the former Marvel Girl is too cool to be saddled with a cheesy code name.

The 18-inch-tall figure won’t actually fling you across the room with any mutant ability, but I love how the purple light in her forehead is used to display her abilities. It’s especially fitting since her powers are frequently displayed as a purple aura in the comic books.

Modeled after the character during the 90s, when the X-Men were split into Blue and Gold Strike Teams, Jean wears a bright blue and yellow costume with a circular red ‘X’ belt buckle, which also echoes back to the original costumes of the X-Men.

In addition to being able use the purple light to simulate her powers, Jean can also be displayed with either free-flowing hair or a ponytail.

The X-Men Jean Grey Premium Format Figure will be available November 2014 but it can be pre-ordered now for $359.99 (or for as little as $64.80/mo) at Sideshow Collectibles.

Say it loud. Say it proud. Say it with your belt buckle. All eyes will be on you when you walk through the door sharing your thoughts with the Programmable Scrolling LED Chrome Belt Buckle, and you’ll be able to get your point across without […]