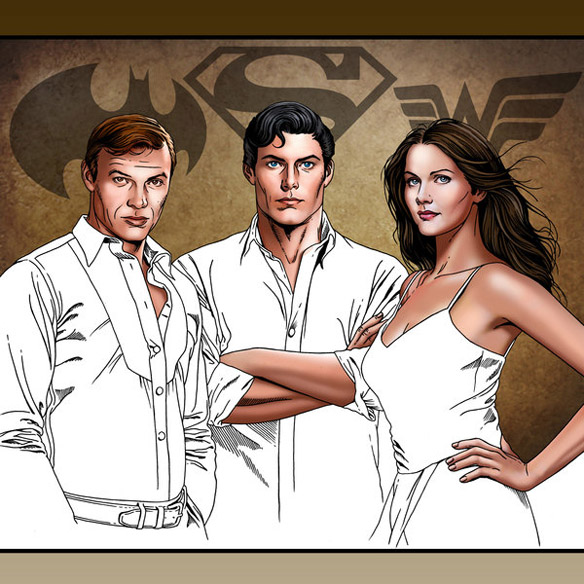 Bruce Wayne, Clark Kent (without his glasses), and Diana Prince are ready to battle the villains of the late 60s and 70s. Of course, before they do that, they’ll have to shed their secret identities and suit-up as Batman, Superman, and Wonder Woman.

Fans of the classic television (and movie) heroes will love the fact that likenesses of Adam West, Christopher Reeve, and Lynda Carter were used for this 16″ x 16″ print. The image was created by artist Hamlet Roman.

There are a lot of super-heroes in the DC Universe but the DC Comics New 52 Trinity War Action Figure Box Set focuses on the ‘Big 3’ – Superman, Wonder Woman, and Batman. The iconic ‘Trinity’ of heroes features the last son of Krypton, the […]

The soldier, the billionaire, and the thunder god assemble on the Avengers Trinity Premium Art Print as Captain America, Iron Man, and Thor prepare for battle. Artist Alexandr Pascenko brings us three of Marvel’s most powerful heroes in an 18″ x 24″ art print that […]