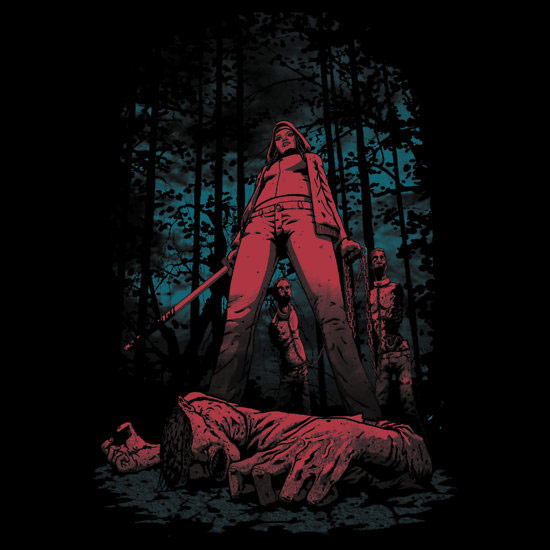 It looks like Michonne is living up to her title with The Walking Dead Huntress T-Shirt as she stands triumphantly over her latest prey.

The shirt features Michonne in the woods with her two zombie pets standing over a Walker that has quite literally lost his head; most of it anyway. The character resembles the comic book incarnation more than the AMC series version so it could be more appealing to fans of the comics, but is there really any difference worth mentioning when talking about a macho woman that kicks butt with a katana? 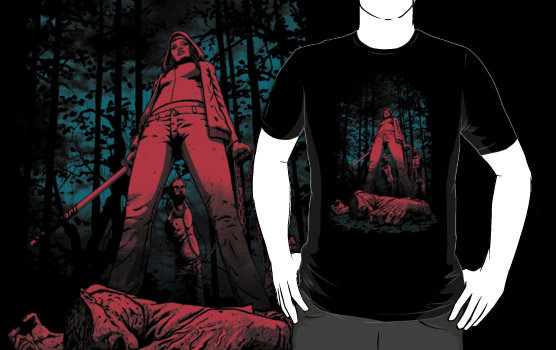 The Walking Dead Huntress T-Shirt is available for $24.54 at RedBubble.com.

When the dead start walking, you can either fight or become zombie chow, and the Walking Dead Michonne’s Katana Training T-Shirt lets you know where you need to go to get the skills to survive the zombie apocalypse. Need to learn how to swing a […]

Michonne gets civilized with the Walking Dead Season 5 Michonne Pop! Vinyl Figure, but she’s ready to pick that sword up again if the situation calls for it. Based on Season 5 of The Walking Dead, this 3 3/4-inch-tall figure features Michonne within the walls […]