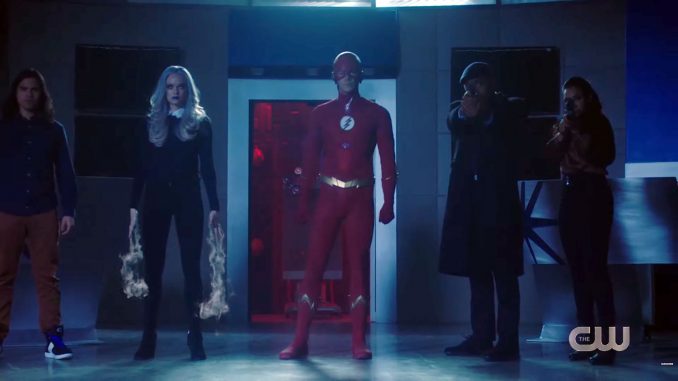 In promotion of the upcoming Season 6, The CW released this The Flash Comic-Con 2019 Sizzle Video. The new season will premiere on The CW on October 8, 2019, with free streaming available the next day on The CW App.

Watch The Flash Comic-Con 2019 Sizzle from The CW Network:

The Flash premieres Tuesday, October 8 on The CW. Stream free next day only on The CW App!

Based on characters from DC’s The Flash. After the S.T.A.R. Labs Particle Accelerator explosion, a dark matter lightning storm strikes Central City C.S.I. Barry Allen, bestowing him with super-human speed. For now, only a few close friends and associates know that Barry is literally the fastest man alive, but it won’t be long before the world learns that Barry Allen has become…The Flash.

Can’t get enough of the Fastest Man Alive on The CW? Get your super-speed fix with The Flash: Hocus Pocus Hardcover Book. Inspired by the hit TV series, The Flash, on The CW, this 224-page hardcover book brings Flash fans a new adventure based on […]