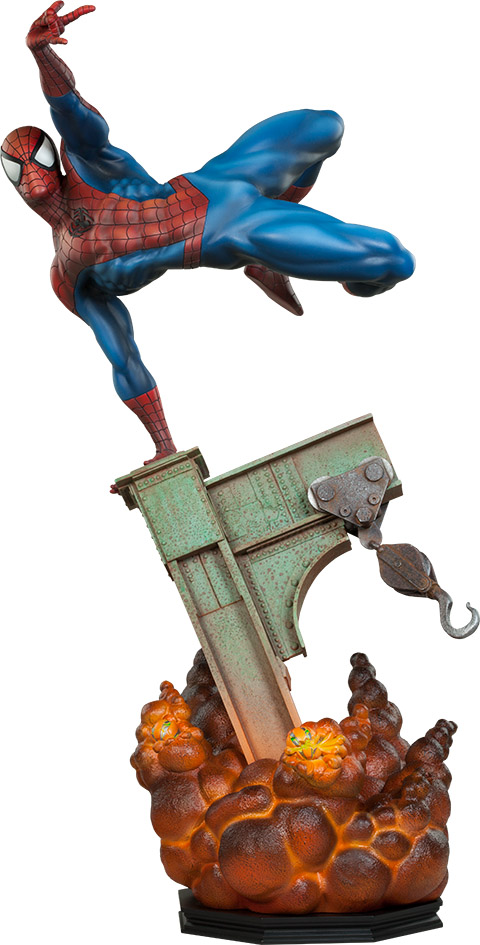 Peter Parker shows off some awesome moves with The Amazing Spider-Man Premium Format Figure as the Green Goblin attempts to blow the wallcrawler into tiny spidey bits.

Spider-Man, wearing his classic costume, leaps over exploding pumpkin bombs, ready to shoot webbing at his opponent. The statue stands 25.25-inches tall and does a great job of capturing Spidey in one of the iconic poses seen frequently in the comic books.

The deluxe version of the character includes an alternate ‘taking aim’ head and a stream of spider-web coming out of the web-shooter. 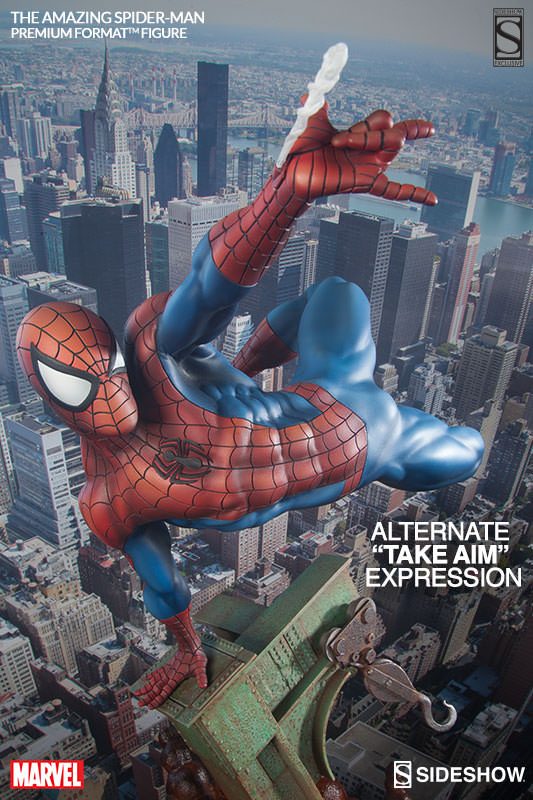 The Amazing Spider-Man Premium Format Figure will be available Jun 2016 – Jul 2016 but it can be pre-ordered now for $469.99 at Sideshow Collectibles. The Deluxe Figure, also $469.99, is already sold out but you can get on the waiting list to be notified when it’s back in stock.

Get ready to indulge in some serious web-swinging, wall-crawling action with the Amazing Spider-Man 2 EX Deluxe Set Miracle Action Figure, featuring a wide assortment of accessories that might have you changing your name to Peter Parker. At some point (with the exception of Batman […]