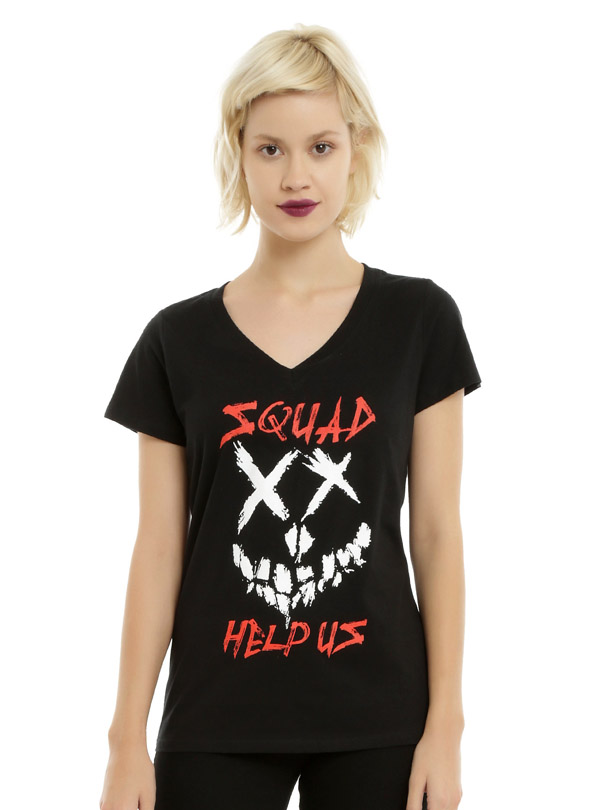 When you’re the worst of the worst, you can’t put your faith in a higher power. Fortunately, the Suicide Squad Help Girls T-Shirt reveals who you can have faith in.

When the going gets tough, the not-so-tough call in Task Force X AKA Suicide Squad. This team of colorful characters like Deadshot, Captain Boomerang, and Harley Quinn might not be entirely loyal to each other but they’ll get the job done before risking being blown up by the bombs used to keep them in line. Trust in the Squad because they’re your kind of crazy.

Classic comic book art gets a modern twist with the Suicide Squad Crazy Love T-Shirt. If the image created by JPZILLA looks familiar, it’s probably because the artist was inspired by Alex Ross’ iconic cover for Batman: Harley Quinn. However, this time around, we get […]

Forget about Harley Quinn because a new breakout star has been revealed on the Suicide Squad Panda Man T-Shirt. You’ve probably seen a few Suicide Squad trailers by now. You’ve seen Harley Quinn steal a purse, Batman cling to the top of a car, and […]