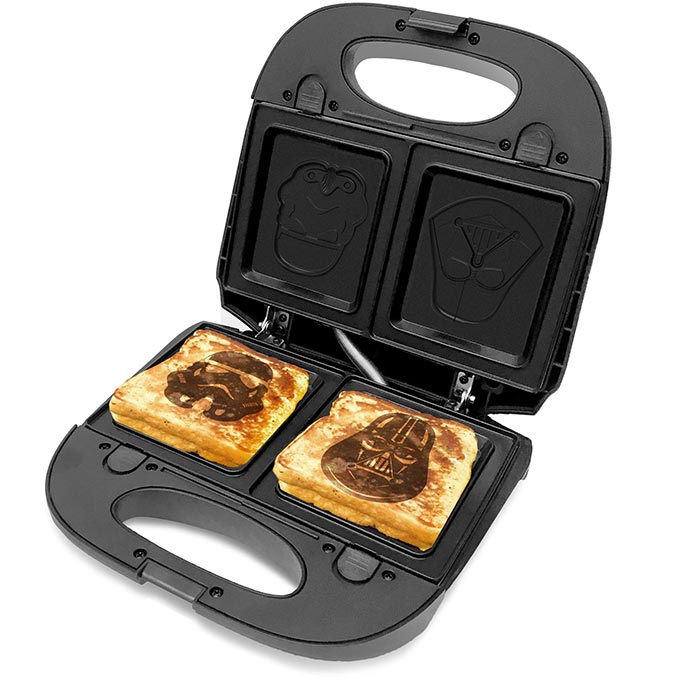 Panini presses are popular now because they make it easy to make warm, delicious sandwiches. The trick is that they don’t just toast the breads, they grill it, and the result is especially delectable when you first brush the bread with olive oil or butter. People also use panini presses for many other things such as cooking bacon, making hash browns, grilling vegetables, reheating pizza and french fries, making quesadillas, grilling chicken breasts, etc. 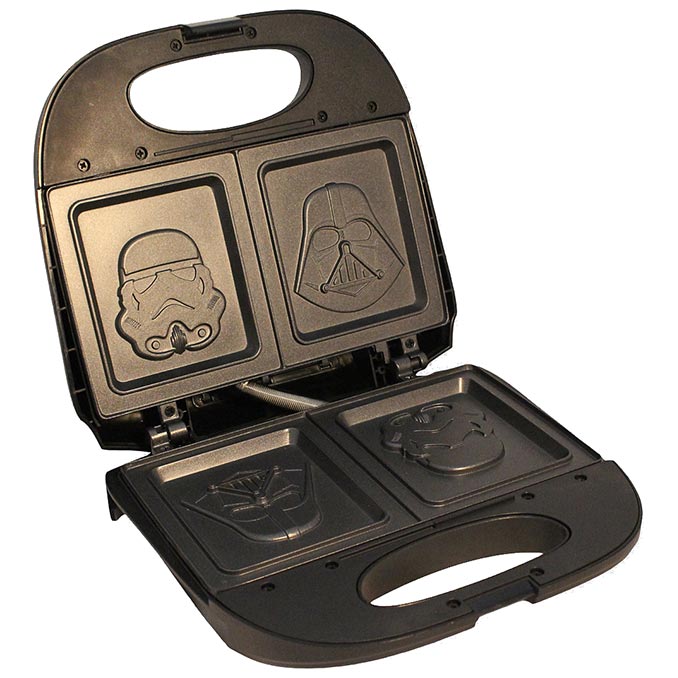 This Star Wars panini press turns your normal, boring old sandwiches into hot delicious delicacies. It’s simple. Just grab yourself 2 slices of your favorite bread (we like sourdough). Then brush the outsides with a little olive oil. After that place some fresh veggies and meat in the middle, followed by your favorite kind of cheese. Toss it in the panini press for a few minutes and you’ll have a delicious Darth Vader or Stormtrooper themed sandwich! It couldn’t be easier!

Now you can have panini-making skills that are totally out of this world when you use this Star Wars panini press! The 2-slice panini press has cast aluminum plates that are no-stick coated for easy cleaning, cool touch housing, and puts silhouettes of Darth Vader and a Stormtrooper on both sides of your sandwich! Whether you have kids or you’re just a kid at heart, you’ll be able to make the perfect panini for any Star Wars fan.

Move over easy mac, with this Grilled Cheese Sandwich Toaster, you have a fast and easy way to whip up a tasty meal whenever you’re hungry. It really couldn’t be easier: you just place your assembled sandwiches into the toasting baskets, set the dial according […]