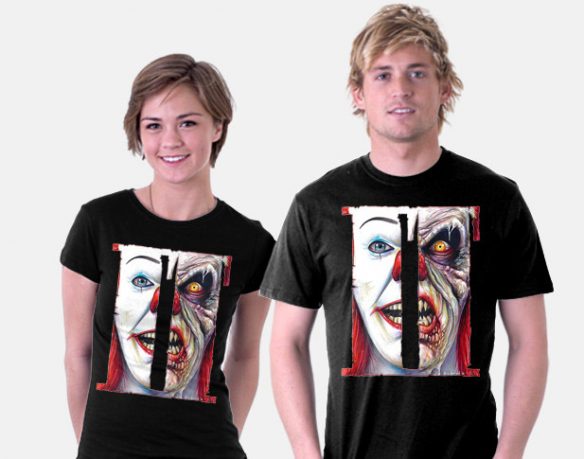 Everyone loves clowns, which is why everyone will love you when you wear the Stephen King’s IT ‘You’ll Float Too’ T-Shirt.

The King of horror has unleashed many creepy creatures from his twisted imagination but Pennywise the Clown has to be one of the creepiest, and that freaky freak was made even freakier by Tim Curry’s portrayal in the television mini-series. It’s perfect for Halloween or any time you want to get your horror groove on.

The image was created by Bats on the Brain. 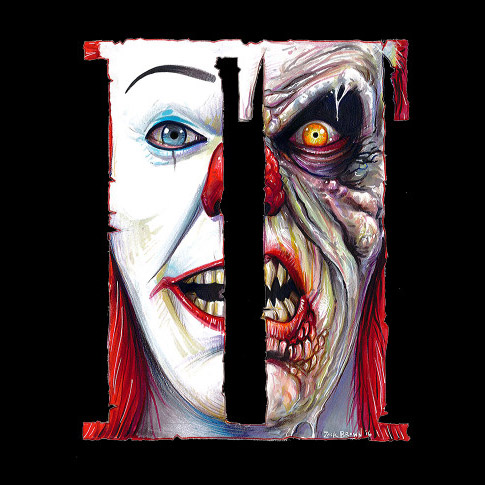 The Stephen King’s IT ‘You’ll Float Too’ T-Shirt is available for $15 at TeeFury.

Will you float if you get the Stephen King’s IT Art Print? You will if Pennywise the Clown has anything to say about it. Artist Christopher Shy brings us an eye-catching image of Stephen King’s Pennywise… because everybody loves clowns, especially clowns who give away […]

Imagine lazing around the pool as the summer sun beats down on you. You’re on your floater when splashes of water suddenly rain down on you. You take your shades off and see your sister’s kids being rowdy in the water a few feet away. […]

IT We All Float Up There T-Shirt

Pennywise the Dancing Clown gets in touch with his artsy side on the IT We All Float Up There T-Shirt. Stephen King’s monstrous clown can make himself look like what kids fear most, which might explain why he confronts little Georgie Denbrough looking like something […]

A Teenage Mutant Ninja Turtle meets IT’s Pennywise on the Sewer Mates T-Shirt. Donatello, Leonardo, Michelangelo, and Raphael live in the sewers, and Stephen King’s killer clown, lives in the sewers, so it was really only a matter of time before they all met. And […]

Get your horror groove on with the King of Horror T-Shirt and celebrate three classic horror novels from Stephen King that made the leap from page to screen. As if clowns weren’t creepy enough, King had to crank the freaky factor up a few notches […]

Pilot one of the most iconic spaceships in the Star Wars universe with the Star Wars Millennium Falcon Pool Float. Sure, you’ll be piloting it from one end of the swimming pool to the other, but it will get you there in less than 12 […]