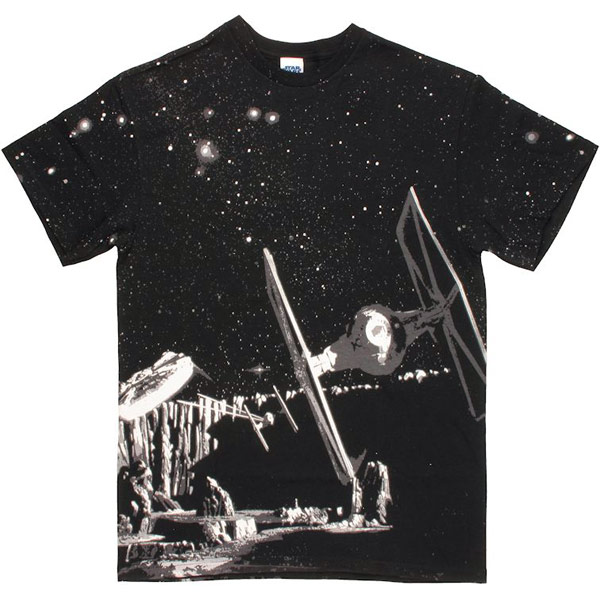 Get ready to wear an epic scene from the Star Wars saga on your chest because this Star Wars Space Pursuit T-Shirt artistically captures the daring chase between the Millennium Falcon and a TIE fighter as they race over the barren landscape of an asteroid hurtling through space.

The scene takes up the entire front of the shirt but people behind you won’t be left out because the same image is also revealed on the back, although in a much smaller size. 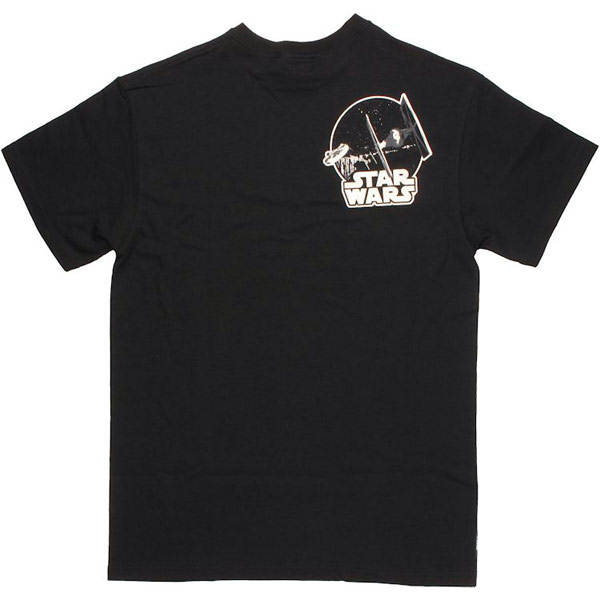 Bring your walls to life with the Wild Walls Iron Man Full Power Aerial Pursuit Wall Decal, and listen to Tony Stark’s armored alter-ego soar through the air as he takes on the bad guys. We’ve seen plenty of cool wall decals in the past, […]

Think you know everything there is to know about Doctor Who? Test your knowledge with Doctor Who Trivial Pursuit. You might find out that you don’t know nearly as much as you thought you did. Sure you know the easy stuff. Who is Rose? What […]

We’ve all played Trivial Pursuit, but I bet you’ve never played it with the Griffins. Now is your chance, with the Family Guy Quick Play Collector’s Edition Trivial Pursuit. Get to know everything about the Griffin Family. This game was created with fans in mind, […]