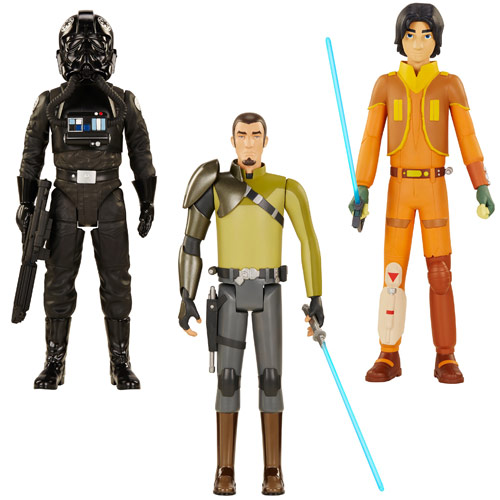 Blast off into adventure with the Star Wars Rebels 20-Inch Wave 1 Action Figures, featuring the latest group of animated heroes to battle the evil forces of the Empire.

How do you follow the success of Star Wars: The Clone Wars? You introduce a new band of rebellious and lovable heroes that aren’t restrained by characters that appear in sequels or prequels.

You know the other soon-to-be-iconic characters from the Rebels series will be getting their own figures so you might as well start collecting them now.

If you have a knack of building your own stuff and are a true blue Star Wars fan, then you already know what a lightsaber is. In fact, there are a lot of lightsabers on sale nowadays in a variety of forms and sizes, one […]

The only thing better than toy lightsabers are toy lightsabers with M&Ms. Use the force and eat the candy with these cool lightsaber toys. The M&Ms will melt in your mouth and not in your lightsaber hand and that will prevent slippage during an epic […]