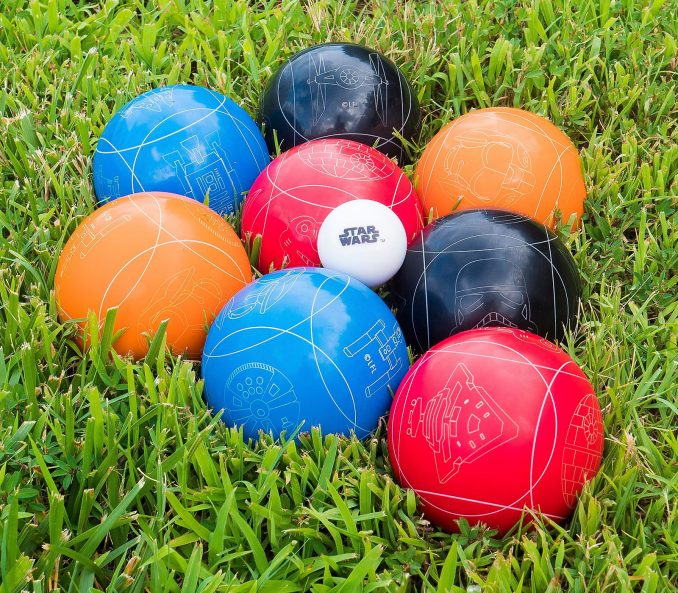 Spend more time outdoors this summer with this wonderful Star Wars Bocce Ball Set that’s sure to provide endless entertainment for your friends and family. It comes with 4 Empire and 4 Rebel bocce balls along with a pallino ball and a zippered carrying case.

Bring the galactic excitement of Star Wars down to earth with this bocce ball set. Rebel fans can battle the Empire in this special editon of the traditional game featuring Star Wars designs and a quality carry case.