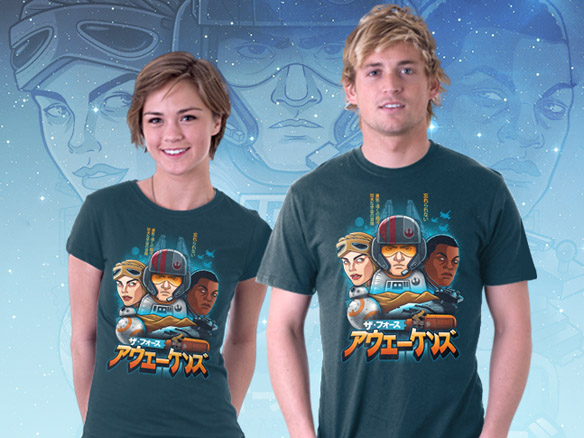 The Force Awakens with this cool Star Wars Awakened T-Shirt, adding a little Anime style to three newbies in the Star Wars universe.

Created by artist Bamboota and inspired by vintage Japanese movie posters, this stellar tee features Rey, Poe Dameron, and Finn, along with BB-8, X-Wing fighters, and the Millennium Falcon. The orange Japanese script at the bottom says The Force Awakens, according to the artist, but a few comments on the TeeFury page suggest that might not be entirely correct. In my opinion, it’s still a cool design, though. 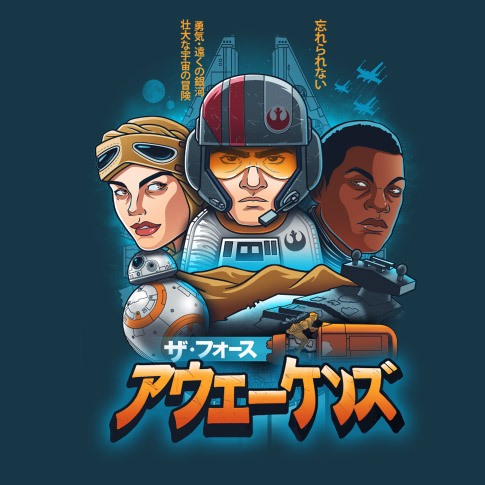 The Star Wars Awakened T-Shirt is available for $20 at TeeFury.

Just like Han Solo and Chewbacca in The Force Awakens, you’ll feel like you’ve come home again when you slip into the Star Wars Blue Millennium Falcon T-Shirt. The iconic ship that made the Kessel Run in 12 parsecs (not 14, Rey!) has been transformed […]