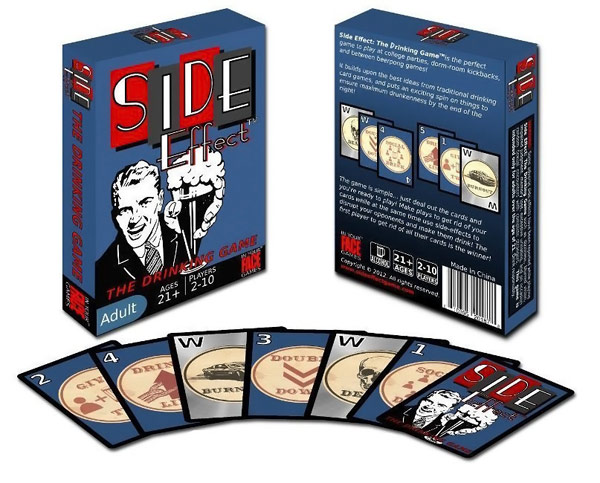 Are you and your (of age) friends sick of playing the same old drinking games? Well how about giving Side Effect: The Drinking Game a shot…or two

Designed to turn a night of drinking into hours of fun, Side Effect puts an exciting spin on traditional drinking card games to ensure a fun filled night!

The game is simple… just deal out the cards and you’re ready to play! Make plays to get rid of your cards while at the same time use side-effects to disrupt your opponents and make them drink! The first player to get rid of all their cards is the winner! Whether you’re at a college party, kicking it back at the dorms, or just in between beer pong games, Side Effect: The Drinking Game is for you!

You can learn more and purchase Side Effect: The Drinking Game at Bonanza.com for $8.99.