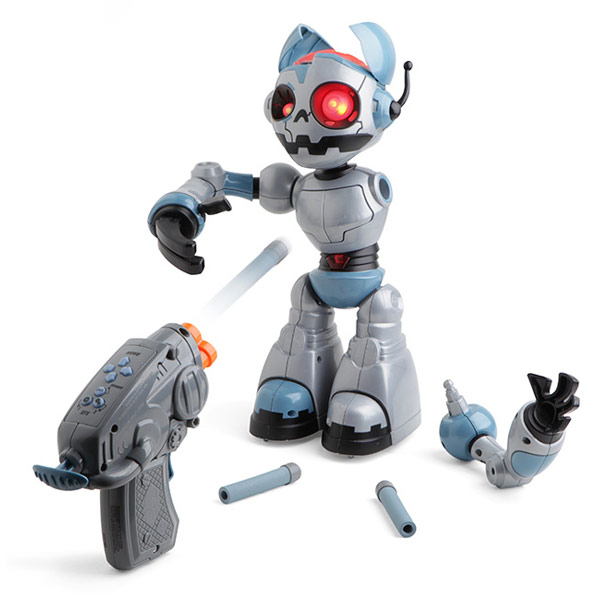 Want your own robot or zombie, but can’t make up your mind? Have both with this Robot Zombie R/C. You will have hours of fun playing with this guy. And he won’t eat your brain.

This remote control robot zombie has a Zombie Blaster included with 3 darts. It also has a health bar and his head pops off when he’s defeated. Awesome!