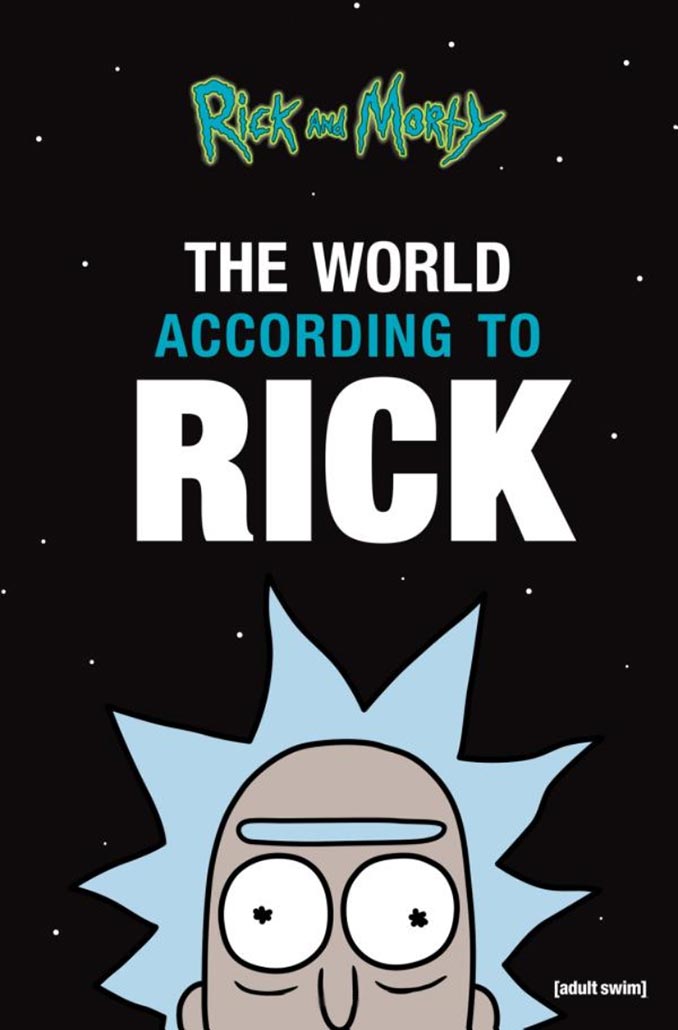 If you can’t get enough Rick Sanchez from Rick & Morty, you’ll want The World According to Rick Book. It’s filled with 160 pages of his quotes along with color illustrations from the show. You have his funniest line, witty observations, insane ramblings, and angry rants.

However, there doesn’t seem to be any new content besides the introduction—it’s just quotes and pictures from the show. Also, it appears to use a large font and a lot of whitespace to get to 160 pages.

Each season Rick and his grandson Morty embark on thrilling domestic and intergalactic adventures, all for the benefit of science (and Rick’s inflated ego). But what makes the depraved genius tick? Now Rick is eager to impart his unique (and sometimes disturbing) take on life, love, and everything in-between for the benefit of aspiring mad scientists everywhere.

Fully illustrated with color images from the show, The World According to Rick is a collection of Rick’s most famous (and not so famous) sayings, monologues, and quotes, complete with a personal introduction by the mad man himself. A truly unique and special book, this collectible is sure to become a cult favorite like the show that inspired it.

Order The World According to Rick from Walmart, Barnes & Noble, Amazon, Target, or BAM. It will be released on September 28, 2018. If you like this style of book, also check out How To Archer.

We’ve seen Rick’s Space Cruiser before as a Coin Bank, Lava Lamp, and Auto Sun Shade. Now there’s a new Rick and Morty Space Cruiser USB Light that is patterned after the spaceship Rick Sanchez built in his garage. As you can see in the […]