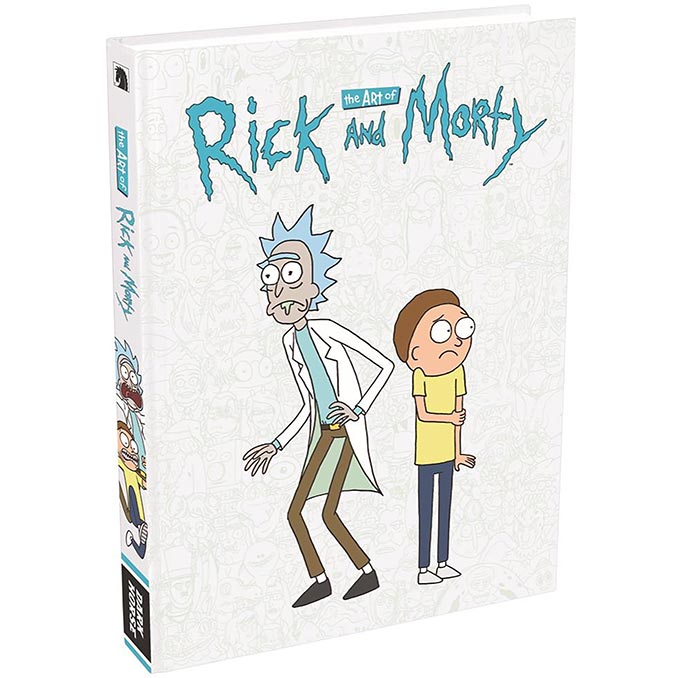 The Art of Rick & Morty Hardcover Book is 224 pages of great content to help hold you over during the long wait for Season 4. It offers an amazing behind-the-scenes perspective on how the show is made, complete with concept art and commentary from the show’s creators.

Chapters of the book include Family and Friends; Neighbors, Aliens, Mutants, and More; Technology; Environments; and Production. Authored by James Siciliano, the book has a forward by Justin Roiland, who is not only the co-creator and executive producer of the show, but the voice of  Rick Sanchez, Morty Smith, and other characters on the show. 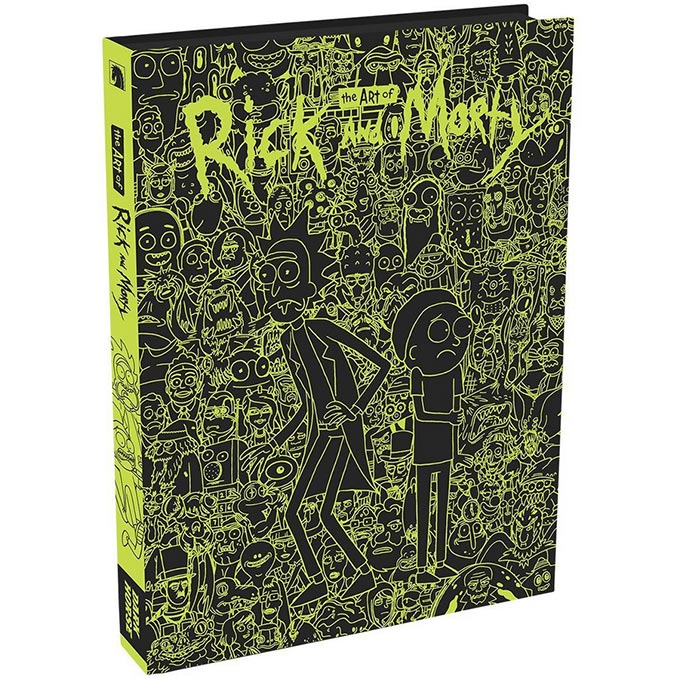 Featuring exclusive never before seen concept art with a killer Glow-in-the-Dark cover, this is the art book that Rick and Morty fans have been waiting for!

The animated science-fiction adventures of Rick and Morty are irreverent, shocking, and hilarious—from the cynical and rapid-fire one-liners, to the grotesquely and endearing character designs. Now, take a deep trans-dimensional dive into the creation of these many insane universes with The Art of Rick and Morty!

This new book is a must-have, not only for followers of the series, but for fans of animation as well! Featuring intimate commentary from the show’s creators accompanying a vast collection of process, concept, and production art, this volume offers a ****** exploration of one of the most outlandish and beloved shows on television. Don’t miss your chance to see the amazing art that goes into creating this twisted and fantastic Adult Swim series!

Buy The Art of Rick & Morty Hardcover Book for $39.99 at Fun.com. You can also find it at Target, Walmart, Barnes & Noble,  Amazon, and BAM.

We saw the Portal Gun and the Portal Medium Art Figure, now it’s time to get your hands on the Rick and Morty Portal Watch. It features Rick and Morty as the second hand on the watch, so you see them spinning around each minute. […]