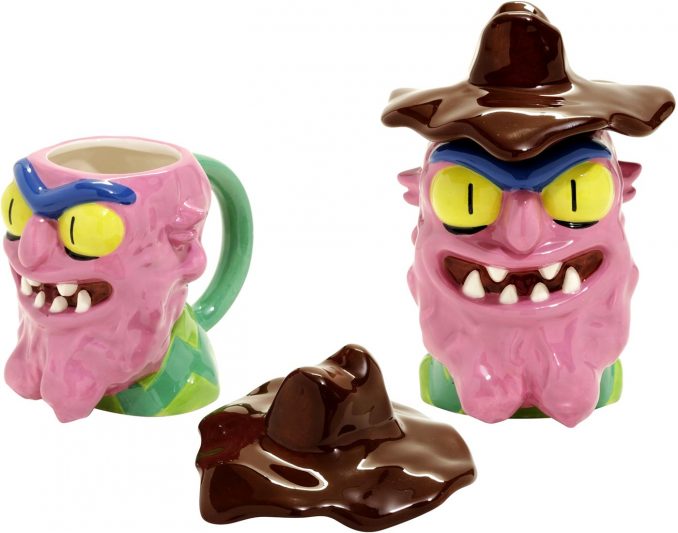 No, that isn’t Freddy Krueger from Nightmare on Elm Street, it’s a Rick and Morty Scary Terry 3D Mug! (If you could see his hand you would know that because he has swords for fingers instead of knives.) Officially licensed and made of ceramic, this coffee mug features a lid made out of Scary Terry’s fedora.

Just don’t think you can use the “B” word whenever you want, just because you have this coffee cup.

Drink your coffee, bitch! This molded mug from Rick and Morty features a Scary Terry design and comes with a lid.

Buy the Rick and Morty Scary Terry 3D Figural Mug for $21.90 at BoxLunch.

This Rick and Morty Molded Mug is sure to please fans of the hit animated show. At last you can drink from your own personal Meeseeks Box! It’s actually a mug. An awesome mug. I hope you don’t accidentally drink Mr. Meeseeks. This mug will […]

Rick and Morty fans are known to be intense, such as how hyper the quest for Szechuan Sauce proved to be. If you’re such a fan, then you’re probably confident to compete against others in Rick and Morty Trivial Pursuit. You’ll have to know the […]