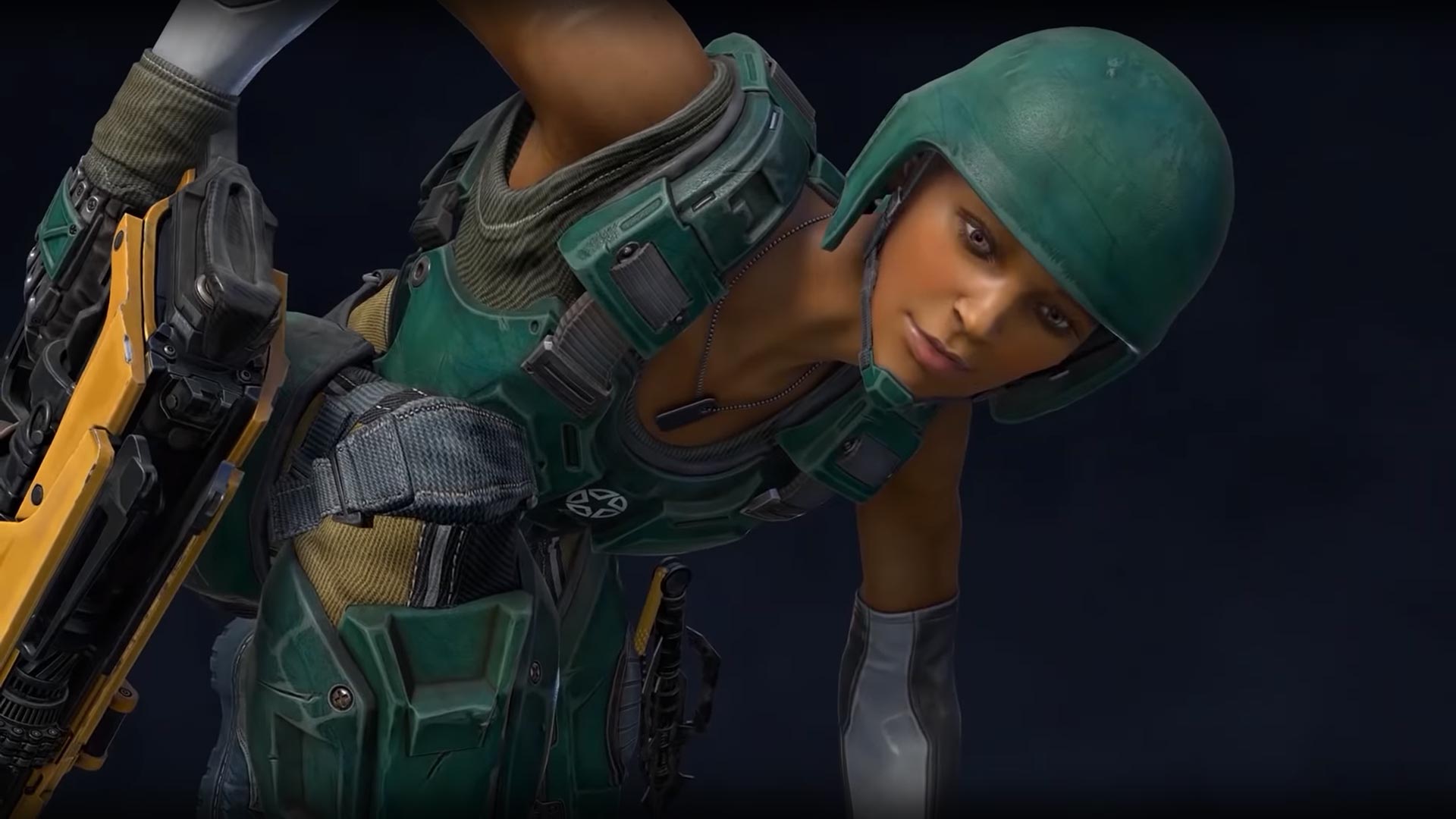 There are two things that are really important to know about Quake Champions. Number one, Quake Champions is Free to Play. Number two, the game features numerous Champions, easy with their own unique attributes and abilities. Watch the Quake Champions – Athena Champion Trailer to learn more about one of them.

Athena’s key ability is her Grappling Hook, which allows her to quickly traverse the map, reach unique vantage points with ease, and make a hasty retreat when in danger. Athena will be available to try on the Public Test Server starting in mid-September and will be added to the main game later on.

Utilizing her trusty Grappling Hook, Athena can traverse the Dreamlands’ intimidating spires and vantage points with ease. Not only does the Hook grant considerable verticality and movement, but also a convenient getaway for Athena whenever a fight just isn’t going her way.

Athena will be available to try out as part of the Public Test Server in mid-September, with plans to debut in the main game later on.

Today, during QuakeCon 2018, Bethesda announced that Quake Champions is Now Free to Play! This isn’t a free trial or a limited-time event, they made it free permanently. Although the game isn’t complete yet, as they are still polishing things up and developing the Capture […]

Most men would agree that women look good in high heels. I think most of us would also agree that cake is extremely tasty and we would like to have it after almost every meal. Well, now you can combine these two passions into one […]

Find out all about the New League of Legends Champion, Pyke: The Bloodharbor Ripper in these videos. The Pyke Champion Trailer features gameplay footage, while the Pyke Champion Teaser Trailers tells the backstory. Keep reading below the videos to learn about Pyke’s abilities: Gift of […]