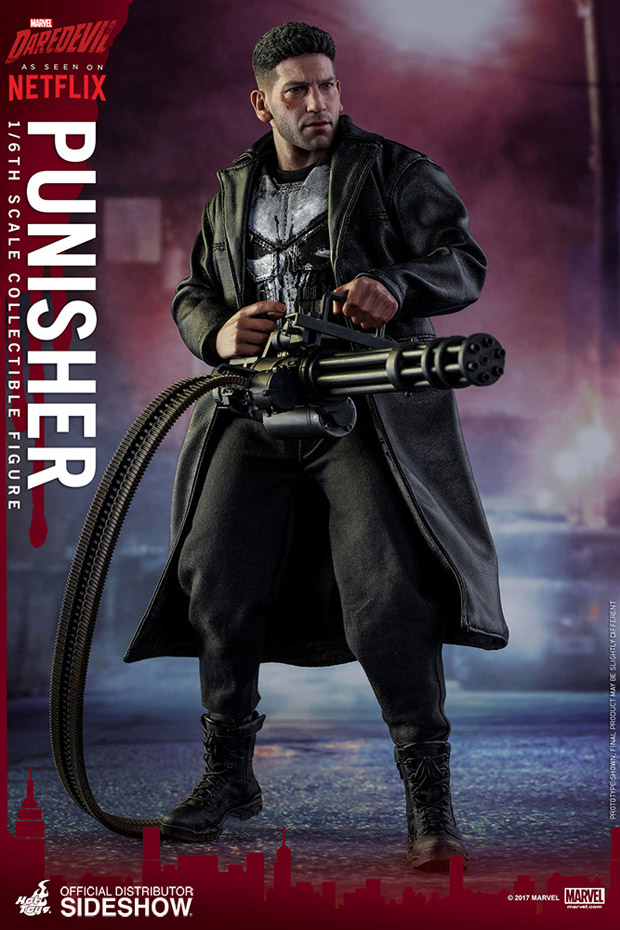 You will not want to waste time when it comes to pulling the trigger on this Punisher Sixth-Scale Figure.

Based on Jon Bernthal’s portrayal of Frank Castle in Season 2 of Netflix’s Daredevil, this gun-toting vengeance-seeker stands almost 12-inches tall and comes with accessories that include a pistol, a sniper rifle, a mini-gun, and a dagger with sheath. All the necessary tools to take out the trash and clean up the neighborhood. A damaged Daredevil helmet is also included to commemorate the showdown between Castle and the Devil of Hell’s Kitchen.

One vigilante takes aim at another on the Daredevil vs Punisher Square Off Men’s T-Shirt. Season 2 of Netflix’s Daredevil had the Devil of Hell’s Kitchen meet Frank Castle, the man who would become the Punisher, and now that epic confrontation is captured on this […]