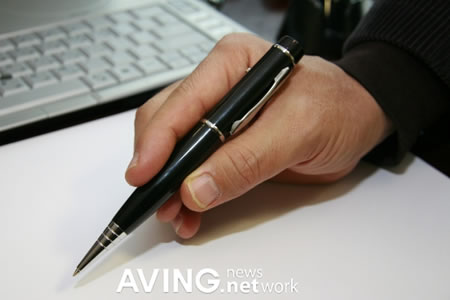 Korean ball point pens with built-in USB drives isn’t something we haven’t seen before, a 1GB model was announced by Digix not that long ago.

This 4GB model from Narae Inter comes with one new bonus feature though, a laser pointer which can be charged through USB. According to Aving, the pen will cost around 99,000 Won (about $106 USD). 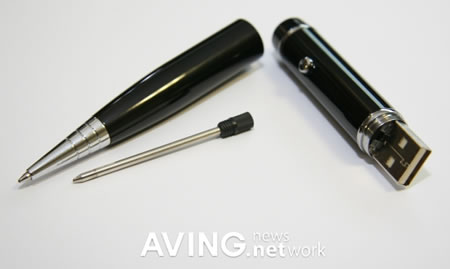 This tiny LED light comes with a built-in laser pointer and a magnetic base, allowing you to easily attach it on any metallic surface.

The Korean Digix company has released a series of ballpoint pens that comes with a built-in 1 GB USB memory drive. Simply remove the top cap to reveal the USB plug.

This laser pointer and LED flashlight hangs on a keychain and requires no batteries whatsoever since it gets all the power it needs from the sunlight or from the room light.