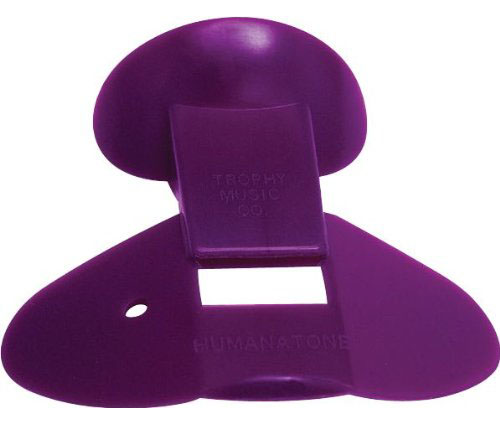 Some people create sweet music using the usual musical instruments, like pianos and guitars. Some bang out awesome beats using computer programs and software. And then there’s the minority that sniffles out some harmonies with the help of the Nose Flute.

We all know the usual flute is meant to be blown into. But there’s no blowing or holding necessary with the Nose Flute. Simply position it over your noise, and push air out of your nose (make sure nothing else comes out along with the air, though.) 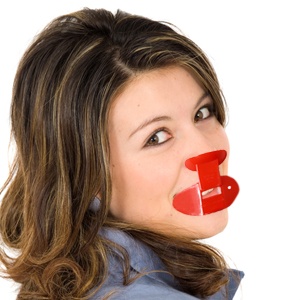 Make music that Beethoven and Mozart could NEVER touch. Imagine yourself in the Metropolitan Opera House, standing on the stage, moments before showtime. Millions of dollars worth of instruments around you when you reach for your $5.99 Nose Flute. The curtain raises and you proceed to bring the audience to its knees. They cheer for your unparalleled melodies and harmonizations. You’ve done it, you’ve finally become the Superstar we’ve known you were. We’re crying tears of joy because we’re so proud of how we raised you! The Nose Flute fits snugly under your nostrils and utilizes your mouth as the pitch variable.

The Nose Flute is available from Stupid.com for $3.95.

Most people have an issue of some sort with a certain part of their body. Some people want to be thinner, some want a longer nose, and there are those who think their thighs are too big. Hitting the gym can solve several of these, […]

Do you remember Band Camp and all the fun Michelle from American Pie had there? Some of her most memorable quotes involved a flute; and while I don’t expect you to get as excited as she probably would when you see this Flute Lighting Lamp, […]

Star Wars I Love You / I Know Stemless Flute Glasses

This Star Wars I Love You / I Know Stemless Flute Glasses, Set of 2 is perfect for galactic power couples. You get a set of two stemless flute glasses. One features Leia’s silhouette with the words “I Love You” while the other has Han […]

When you have some quiet time in your quarters, you can be just like Captain Picard and play music on this Star Trek The Next Generation Ressikan Flute Replica. This is Jean-Luc Picard’s Ressikan flute, recreated in amazing detail. It is a 1:1 scale prop […]

Do you have a nose for funny decor? Then you might like the Nose Outlet if you decide your boring plain electrical outlets could use a breath of fresh fashion air. The schnoz, which is available in either white, pink, or black, plugs into any […]

No, I’m not talking about something gross. I’m talking about picking any nose that you want and wearing it, at least for as long as you are drinking and hiding your real nose. The Pick Your Nose Paper Cups beat getting plastic surgery.

This Rudolph The Red Nose Reindeer Car Costume is for those who have more Christmas spirit then they know what to do with. If anything happens to Rudolph I know who Santa will be calling. Pimp your ride for the holidays with this cool car […]

Hey, what’s the big idea? The Three Stooges have schooled us on ROFL with their spontaneous acts of violence and moronic behavior. It’s no wonder that Hollywood recently decided to resurrect them on the big screen. The Three Stooges By the Nose Photo Cutout immortalizes the trio as Moe demonstrates who’s the […]

The weapons of Star Trek are as neat as the ships. If you are a fan of the Klingons, check out this Star Trek Klingon Beak Nose Disruptor Prop Replica. It is an accurate replica of the Klingon weapon of choice. This weapon has been […]