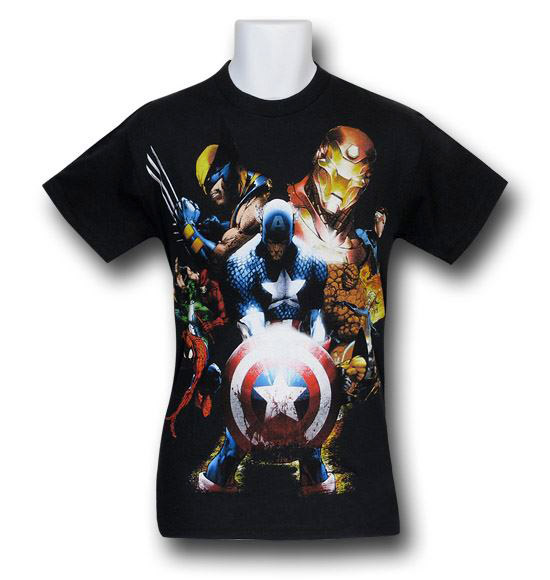 Forget about the villains because it’s hero versus hero on the Marvel Civil War by Michael Turner T-Shirt.

Before Marvel brings Civil War to the big screen, you can wear a few of the popular characters, including Captain America, Iron Man, Spider-Man, the Fantastic Four, and Wolverine, on your chest. Of course, a few less popular characters (meaning those who haven’t been in movies yet) are also present. These include Yellowjacket, She-Hulk, Daredevil, and Namor.

The image was created by comic book artist Michael Turner, who did the variant covers for the Civil War miniseries, in addition to working on many other titles for both Marvel and DC. 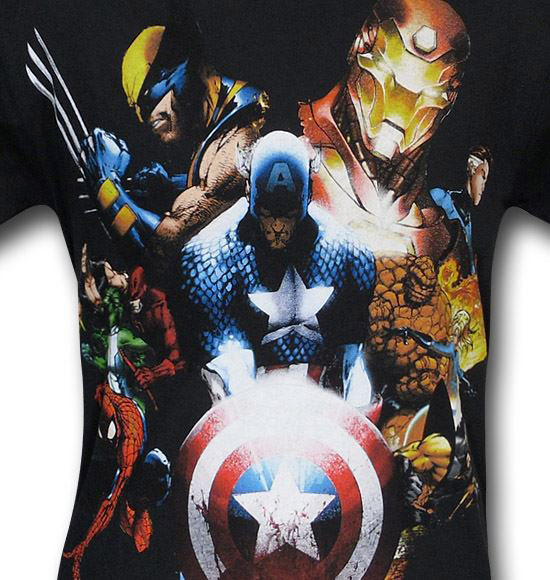 The Marvel Civil War by Michael Turner T-Shirt is available for $19.99-$23.99 at SuperHeroStuff.com.

Everyone’s favorite Amazon is about to have an identity crisis on the Wonder Woman T-Shirt by Michael Turner. Artist Michael Turner might be gone but his talent lives on through his art, including this image of Wonder Woman on this black, 100% cotton tee. Inspired […]

These Marvel Civil War Limited Edition Kawaii Earring Set earrings will make you look Marvelous. You get a set of 2 pairs of stud earrings featuring Iron Man and Captain America looking adorable. Their heads are the studs, and their bodies are a charm that […]