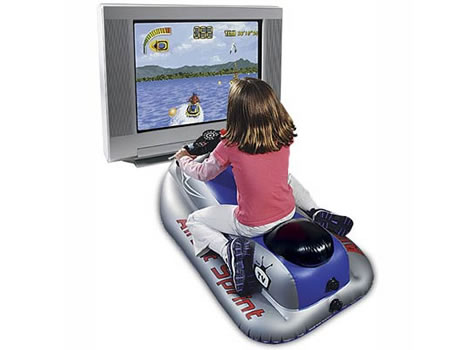 Just plug the console into the TV and enjoy the fun. But before you get all excited and hit the Add to Cart button, notice the 110 lbs weight limit.

The Jump Jet is a new R/C indoor plane that “combines the self-righting stability of fixed-wing planes with the hovering capability of helicopters”. It can take off vertically and hover, then fly forwards, backwards, even sideways. It can swoop and dive just like a real […]

These new ski goggles are said to be the only ones featuring a with a “Heads Up” performance display, meaning that they use GPS to display and store a wide range of data that can be both fun and useful for your skiing experience.