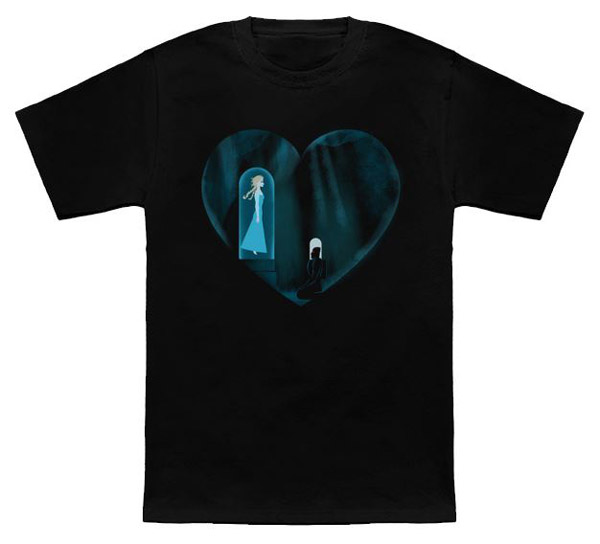 Mr. Freeze just can’t ‘let it go’ on the Heart of Ice T-Shirt, which brings two frosty characters together from the worlds of Batman and Frozen.

It turns out Dr. Victor Fries wasn’t trying to save his wife, Nora, after all. Elsa is the girl in the cryogenic chamber that Mr. Freeze is trying to save. Could you imagine the harsh winter that would be unleashed on Gotham City if Freeze teamed up with the Snow Queen? Chilly wouldn’t even begin to describe it.

The image was created by the artist known as Ninja Ink, and here’s a special little bit of trivia for those who weren’t aware – in addition to being the name of this shirt, Heart of Ice was also the name of the episode in Batman: The Animated Series that introduced Mr. Freeze as an animated character. 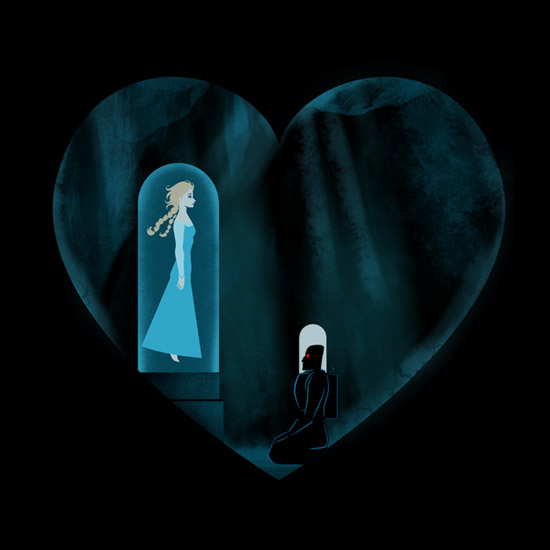 The Heart of Ice T-Shirt is available for $19.95 at NeatoShop.

Practice your Scarface accent. Channel your inner Tony Montana. Then make some ice in this Handgun Shaped Ice-Cube Tray and tell your guests to “Say Hello To My little Friend” as you ice their drinks.