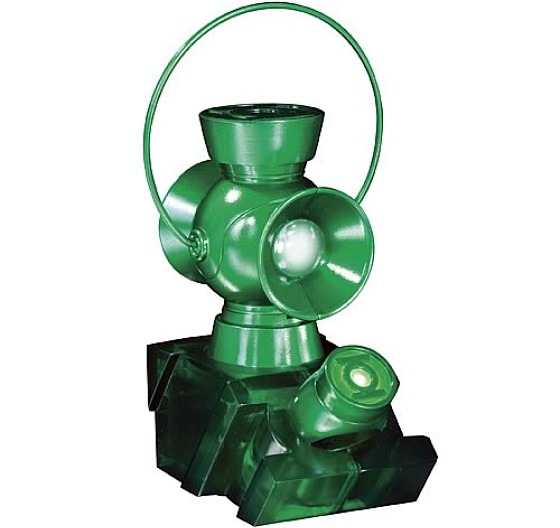 The Green Lantern movie will be released next year and so will this 1:4 scale replica of the superhero’s power lantern and power ring – an equipment sometimes described as “the most powerful weapon in the universe”.

There is no limit to what types of solid green light constructs it can produce – limited only by the strength of the ring-wearer’s will and imagination.

The Green Lantern 1:4 scale Power Battery and the Green Power Ring sit in a translucent green display and are removable from the stand. Both light up, featuring manual on/off switches.

The Green Lantern 1:4 Scale Power Battery and Ring Prop will be released in June 2011 and can now be pre-ordered from Entertainment Earth for $30.99.

This Green Lantern Power Battery Bottle Opener makes opening your drink easy. Call on the power of Green Lantern’s light! This 4-inch sculpted metal bottle opener is shaped like Green Lantern’s power battery from the Justice League animated Series. It has magnets on the back […]