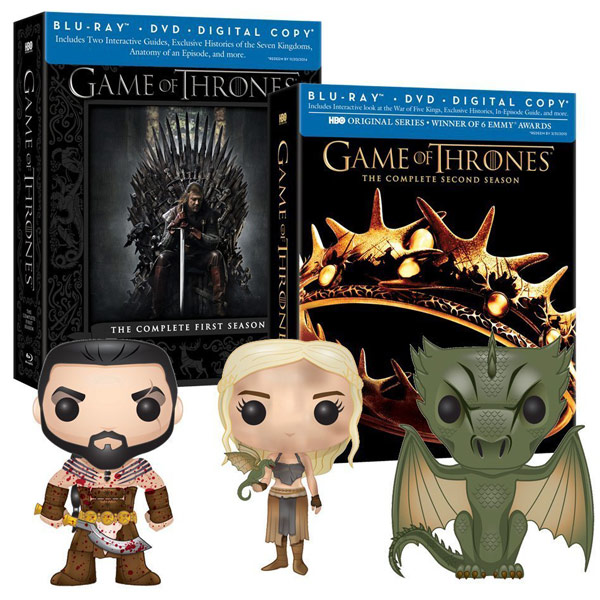 The only thing that might be better than enjoying a Game of Thrones marathon is recreating some of the adventure as you watch; which is why the Game of Thrones Seasons 1 & 2 with 3 Exclusive Funko Pop Vinyls is so awesome.

Not only do you get a Blu-ray/DVD Combo and Digital Copy of both Season 1 and Season 2 of Game of Thrones, but you also get three Amazon-exclusive, 3.75-inch Funko Pop Vinyls of a blood-splattered Khal Drogo, Daenerys Targaryen, and her dragon Rhaegal, who appears both as a full-grown dragon and a little baby dragon perched on the arm of Dany.

This Game Of Thrones Dragon Egg Flash Drive may not hatch to reveal a dragon, but it will hold your data. It looks just like a dragon egg, but this egg has a removable, ultra-fast, ultra-thin, waterproof USB flash drive. It also features a pull-out […]