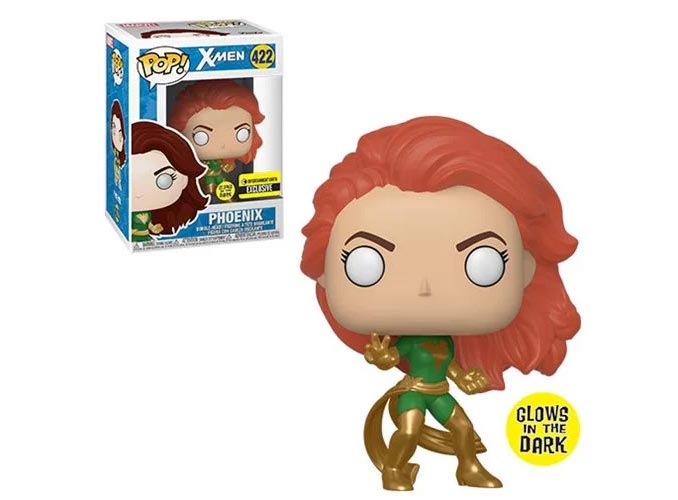 Add some Omega-level power to your collection of X-Men vinyl figures with this exclusive Funko Pop! X-Men Phoenix Green Glow-in-the-Dark Figure. Don’t worry, this is Jean Grey as Phoenix, not Dark Phoenix, as she’s sporting her green and gold suit. She’s posed as if she is ready to unleash her telepathic and telekinetic powers to save someone in danger. 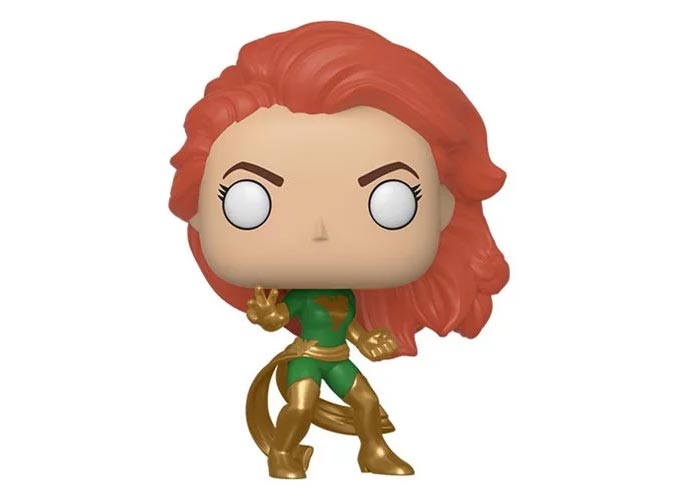 A mutant with immense cosmic powers is ready to join your X-Men collection. Before turning into the brutal Dark Phoenix, the Phoenix Force came to Jean Grey’s aid, emerging in a green-and-gold suit like you see here. Positively radiating power, this exclusive Pop! Vinyl literally glows in the dark! The X-Men Phoenix Green Glow-in-the-Dark Pop! Vinyl Figure – Entertainment Earth Exclusive measures approximately 3 3/4-inches tall and comes packaged in a window display box. You don’t need to be an Omega-level mutant with telepathic and telekinetic powers to bring this fantastic figure home. Simply place your order now!