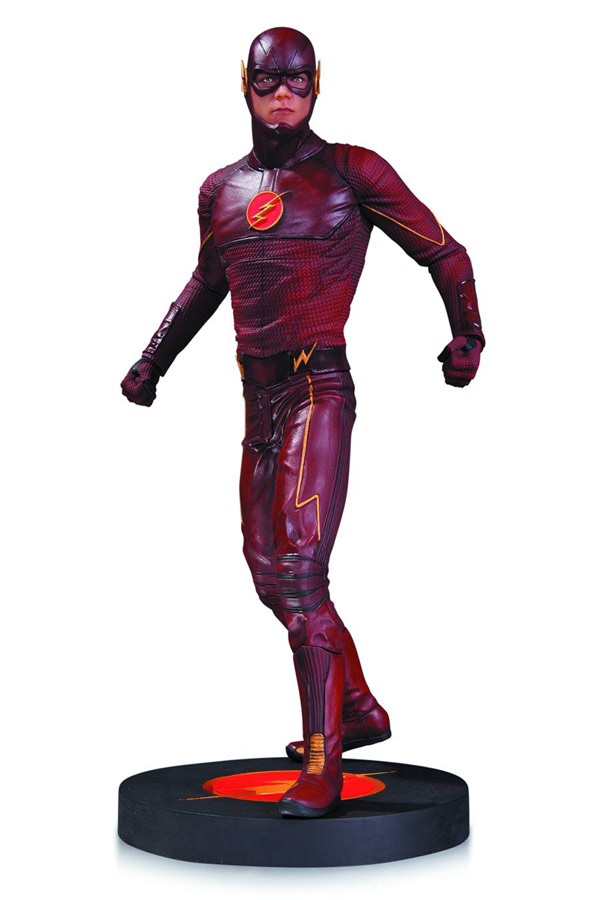 Fans of The Flash TV series need this Flash TV Series Statue depicting the Scarlet Speedster as he is in the TV show.

The Flash stands over 12-inches tall and he has some super nice detail. He was sculpted by Steve Kiwus. This statue brings the superhero to life in your home and captures the likeness of Grant Gustin’s Flash mid-stride. It makes a great gift for fans of the fastest man alive.

Only $109.99 from Entertainment Earth. You can pre-order it now and it ships in October.

Normally I think that light-up sneakers are pretty dumb, but when we are talking lightsabers, they are pretty darn awesome. These Star Wars by Stride Rite Dueling Lightsaber Lighted Sneakers put lightsabers on your feet! Lightsabers flash on both shoes, Red on the Sith foot […]

Eobard Thawne races into your room, your life, your very heart, with the Flash TV Series Reverse Flash ArtFX+ Statue. Standing approximately 6 1/2-inches tall, this highly-detailed statue is based on Barry Allen’s arch-nemesis, the Man In The Yellow Suit AKA Reverse-Flash. In addition to […]