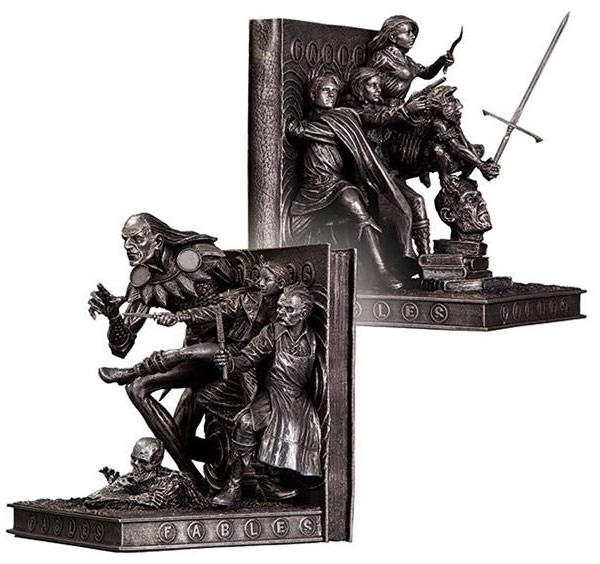 Fairy tales grow up with the Fables Bookends, offering characters that are familiar and different at the same time.

The characters in the popular Fables comic books and graphic novel series probably can’t be considered proper material for bedtime stories but they do a great job of keeping your books in place. 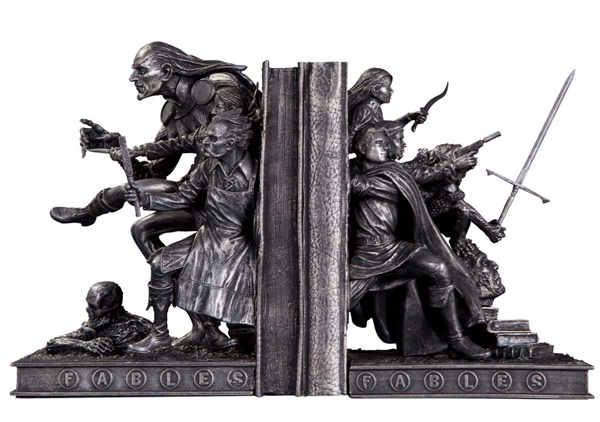 It’s no dream. Fans of Neil Gaiman can now use the Vertigo: The Sandman and Death Bookends Second Edition to make sure their beloved collection of Vertigo comic books and graphic novels are kept in great shape by two of Vertigo’s most well-known characters. The […]

It’s a big election year for the US. It’s funny how such a big nation has eternally been dichotomized into two major political parties. Here we are again with the donkey on the left and elephant on the right. Will they ever find common ground and stop […]

These AT-AT Bookends aren’t the first set of Star Wars book-ends on GeekAlerts, but for my money, they are the coolest. (See the Jabba’s Palace, Trash Compactor, and Star Wars Logo bookends for some other choices.) Any Star Wars fan will instantly recognize the All […]

It’s always cool when something that’s normally being passed off as waste is used to create something totally new, cool, and usable again. Take the Vinyl Numbers Clock, for example. The designer behind it took his old records, carved them up, and was able to […]

If you are a Star Wars fan, chances are you have a ton of Star Wars books, comics and DVDs. So why not check out these Star Wars Bookends to keep them all organized on the shelf? This pair of bookends is modeled after the […]

Need some tough bookends that will guard your books and fight for their safety? These Fighting Stickmen Bookends are just what you need. These bookends aren’t afraid to fight for your literature. They are made out of steel to keep your books from tipping over. […]

Down with the Empire and death to the Sith! Show your support for the forces of good with the Star Wars Rebel Seal Bookends, and let everyone see that the Force is strong in you. If you’d prefer to hang with the likes of Darth […]