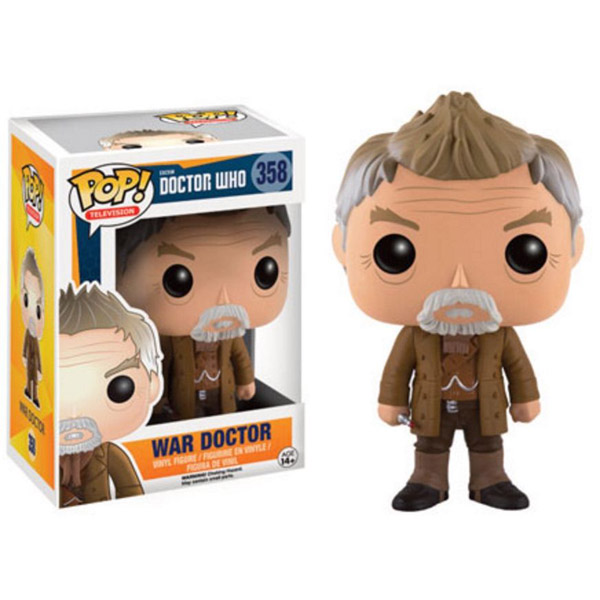 Forget the timey-wimey stuff because the Doctor Who War Doctor Pop! Vinyl Figure doesn’t have time for that childish nonsense. He has a Time War to win.

Standing approximately 3 3/4-inches tall and based on John Hurt’s portrayal of the character in the 50th Anniversary Special, The Day of the Doctor, the War Doctor stands ready to do what must be done, willing to sacrifice an entire planet to destroy the Daleks once and for all. Gallifrey falls. No more.

The Doctor Who War Doctor Pop! Vinyl Figure will be available September 2016 but it can be pre-ordered now for $10.99 at Entertainment Earth.

No matter who your favorite Doctor is, the Gallifrey Falls No More Doctor Who Art Poster Set has you covered, featuring all the incarnations of the popular Time Lord; Yes, even the War Doctor. This awesome Whovian goody is better than getting a ride in […]

Looking for a vacation that lets you get away from it all? The Doctor Who Gallifrey T-Shirt offers the perfect location, and the home of the Time Lords is much more appealing these days since the Doctor discovered the planet still actually exists. Of course, […]