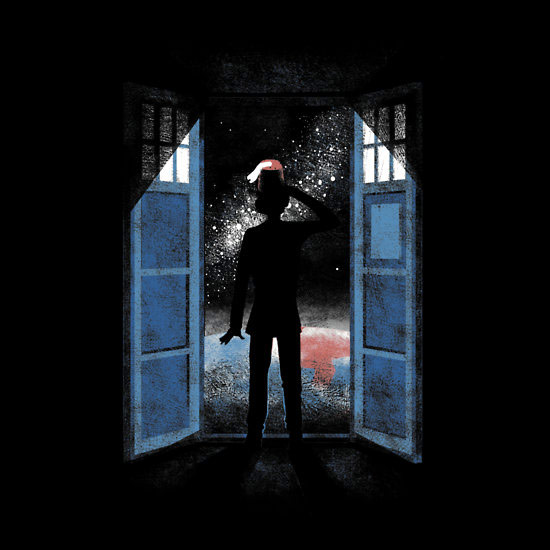 When most people who aren’t named Clara first encounter the TARDIS, they almost always mention how it’s bigger on the inside, but the Doctor Who It’s Bigger on the Outside T-Shirt finally lets Whovians see things from the Doctor’s perspective.

I guess after spending a few centuries traveling through time and space, the immense interior of the TARDIS doesn’t seem so mind-boggling because I personally would be quite content to explore the endless hallways and various rooms without ever considering the option of leaving.

However, the Doctor (being the wise being he is) knows the truth – the real adventure lies outside the doors of his miraculous blue box, and that sense of wonder is captured perfectly on this American Apparel t-shirt which features the fez-wearing Doctor standing at the open doors and gazing out into an endless field of stars, with the planet he loves so much just below. 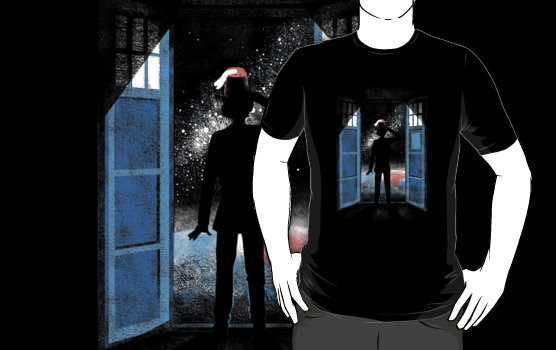 Share the Doctor’s view of the universe with the Doctor Who It’s Bigger on the Outside T-Shirt for $24.74 at RedBubble.com.

Doctor Who Bigger On The Inside Ladies’ Watch

This Doctor Who Bigger On The Inside Ladies’ Watch is perfect for the discriminating Timelady on the go. It features the TARDIS emblem on the face and is a classy way to show off your love of Doctor Who. It will help you master time […]

Doctor Who TARDIS Bigger on the Inside Serving Tray

This Doctor Who TARDIS Bigger on the Inside Serving Tray is perfect for serving tea while watching Doctor Who marathons. Just put on the kettle, serve your tea to your guests and then enjoy the show. This tray shows an image of the TARDIS with […]

It’s not the Fourth of July but it’s never a bad time to celebrate the movie that traumatized a whole generation. The Jaws We’re Gonna Need A Bigger Bow T-Shirt lets you get into the Christmas spirit while wearing a Great White Shark on your […]