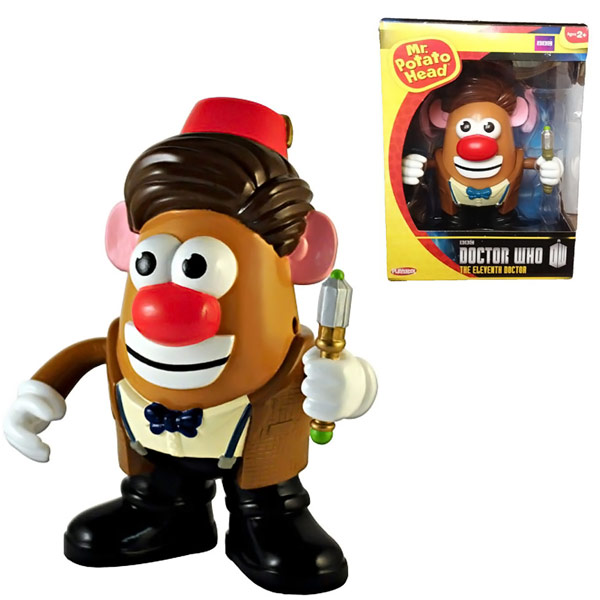 The TARDIS has traveled to a parallel dimension that has caused the Doctor to be transformed into a spud with the Doctor Who Eleventh Doctor Mr. Potato Head.

Potatoes are cool, especially when the potato in question bears a striking resemblance to everyone’s favorite Time Lord.

The Eleventh Doctor as played by “MASH” Smith! Hop in the TARDIS with Mr. Potato Head as he pays homage to the last known survivor of “Galli-Fry”, DOCTOR WHO in his quirky eleventh incarnation! Set comes complete with 8 removable parts and pieces.

With sonic screwdriver in hand, the new Doctor continues his journey through space and time while making sure baddies like Cybermen and Daleks fail in their mission to turn him into french fries.

The Doctor Who Eleventh Doctor Mr. Potato Head will be available August 2013, but can be pre-ordered now for $24.99 at BigBadToyStore.com.