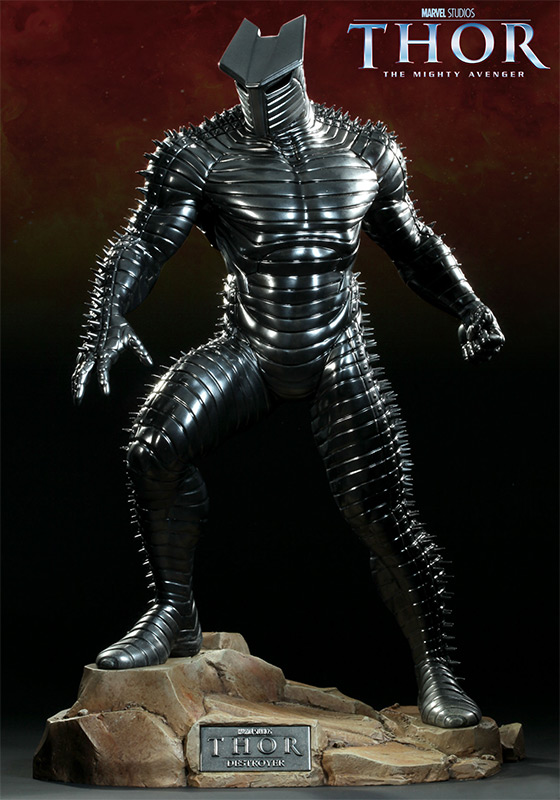 When you’re talking large and in charge, you’re talking about the shiny, walking weapon from the movie, “Thor,” that’s depicted with the Thor Destroyer Maquette. This bad boy has gone toe to toe with the Thunder God himself and managed to show ol’ Goldilocks he wasn’t as tough as he thought he was with his little hammer.

If you’re a Thor noob, the Destroyer is a suit of armor that can either be inhabited by the life force of another person or commanded by the ruler of the Norse gods, Odin. In the comics and the movie, the Destroyer shows time and time again that he’s no push-over, although Thor always finds a way to kick his butt before things get too out of control. 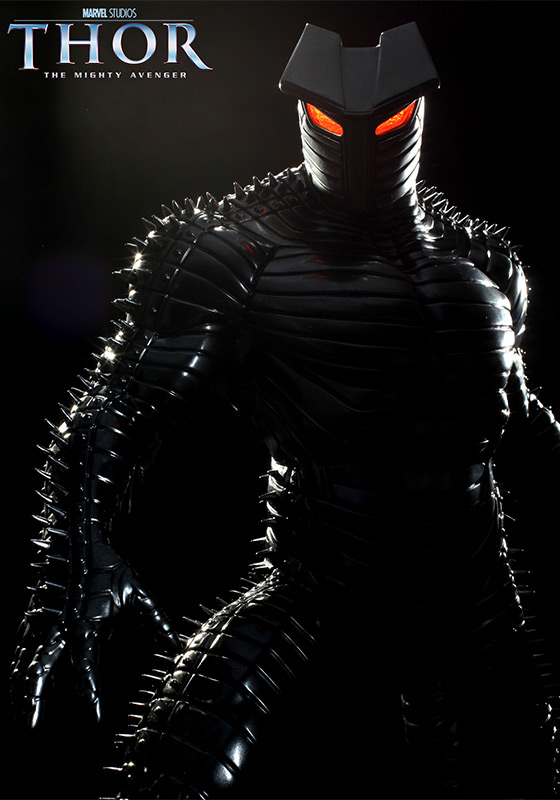 This highly-detailed scale model was actually used to develop the original screen-used costume so owning this would be just like owning the Destroyer from the movie… only this guy is smaller… and he won’t blow your house up. The Maquette also has light-up eyes that simulate the destructive force of his comic book and big screen alter-ego that’s powered by 2 AA batteries.

Show Thor and your friends how tough you can be by becoming the master of the Destroyer Maquette for $499.99 from Sideshow Collectibles.

He might not be able to catch metaphors but the Drax the Destroyer Sixth-Scale Figure, the most tattooed member of the Guardians of the Galaxy, is still a great addition to your Marvel collection. Based on Dave Bautista’s portrayal of Drax in Guardians of the […]

Get ready for a battle royale at the dinner table. No, you won’t be fighting over who gets the biggest piece of chicken. These Thor vs. Destroyer Salt & Pepper Shakers will be battling it out while you eat. This salt and pepper shaker set […]