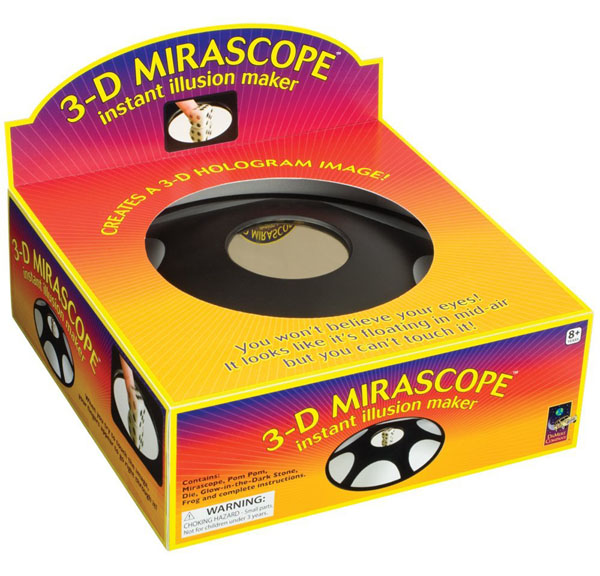 Forget about smoke and mirrors to create illusions because all you need are the mirrors with the Deluxe 3D Mirascope.

Put the power of reflections to use with this simple, but incredibly cool, projector that creates 3D holograms of any object placed within the base. It’s only plastic, mirrors, and science, but the results are awesome.

The projector comes with five items that can be used to create the holograms (a pom pom, die, glow-in-the-dark stone, frog, sponge), but you can use anything as long as it’s small enough to fit inside. 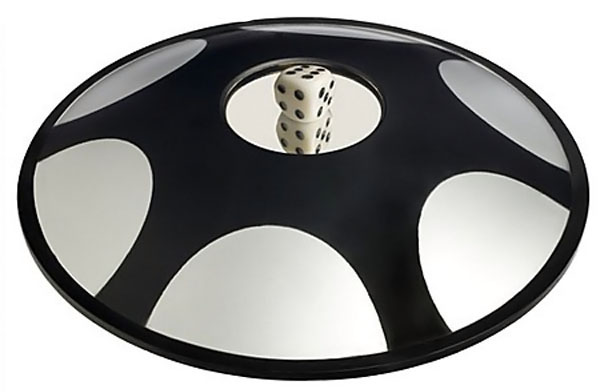 The Toysmith 9″ Deluxe 3D Mirascope is available for about $15 at Amazon.com.

Darth Vader is a cold hard guy, so he knows all about trying to stay warm. Plus he’s been to Hoth. Trust Darth Vader to keep your head toasty this winter with this Star Wars Vader Big Face Pom Pom Beanie. This 100% acrylic Star […]

Someone has to stand for the American way even when it gets cold outside. That person is you, with the help of this Captain America Shield Symbol Pom Pom Beanie. It will keep you warm and cozy while displaying the red, white and blue in […]