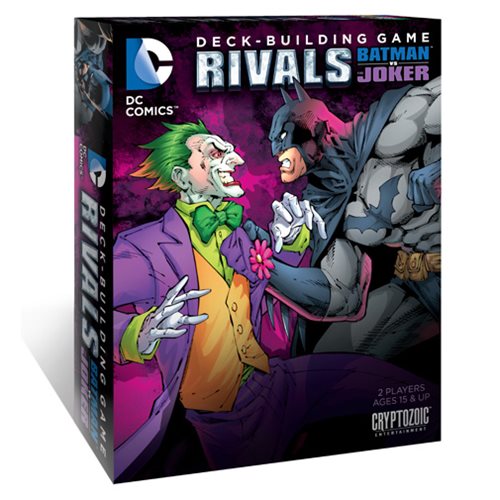 The DC Comics Rivals Batman vs The Joker Deck Game will give you countless hours of fun. This a 2-player deck-building game set in the Dc universe.

In this game players will take on the role of Batman and the Joker, competing to take down their rival. Who will be standing at the end of the game? That’s up to you. It’s the ultimate showdown.

Only $19.99 from Entertainment Earth. Pre-order it now for an April release. It makes a great gift.

In the Batman vs. Joker Throwdown Game you will face off against the evil Joker. It is a dice game, card game, and board game all in one. Plus you get collectible vinyl figures of Batman and Joker. The board and pieces come in 12-inch […]

While few details have been released, we do know that the LEGO Superman Metropolis Showdown 76002 set is supposed to be tied to this summer’s release of the new Superman movie, Man of Steel. The set features two LEGO minifigures, Superman and Zod, a car […]

The Star Trek the Original Series Deck-Building Game isn’t about making a deck for you to grill on and drink beer. It’s an awesome card game where you are the captain of a small starship. You start with a basic crew and basic weaponry that […]