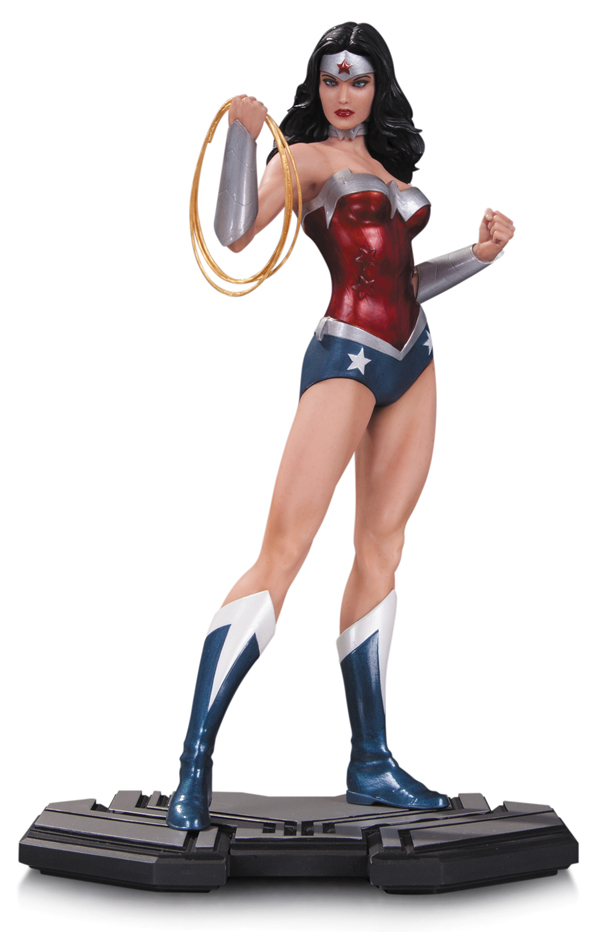 The DC Comics Icons Wonder Woman Statue is dressed in silver and blue for the New 52, and she thankfully didn’t have to deal with that strange piping that appeared on almost everyone else’s costumes.

Sculpted by Erick Sosa and standing approximately 10-inches tall, Wonder Woman is ready to use her magic lasso to get the truth from evil-doers… and maybe get Superman to reveal his true feelings for her.

The DC Comics Icons Wonder Woman Statue will be available November 2016 but it can be pre-ordered now for $89.99 at Entertainment Earth.